The Truth is Out There: New York Times Issues Major Correction on Harry Reid Statement About UFOs 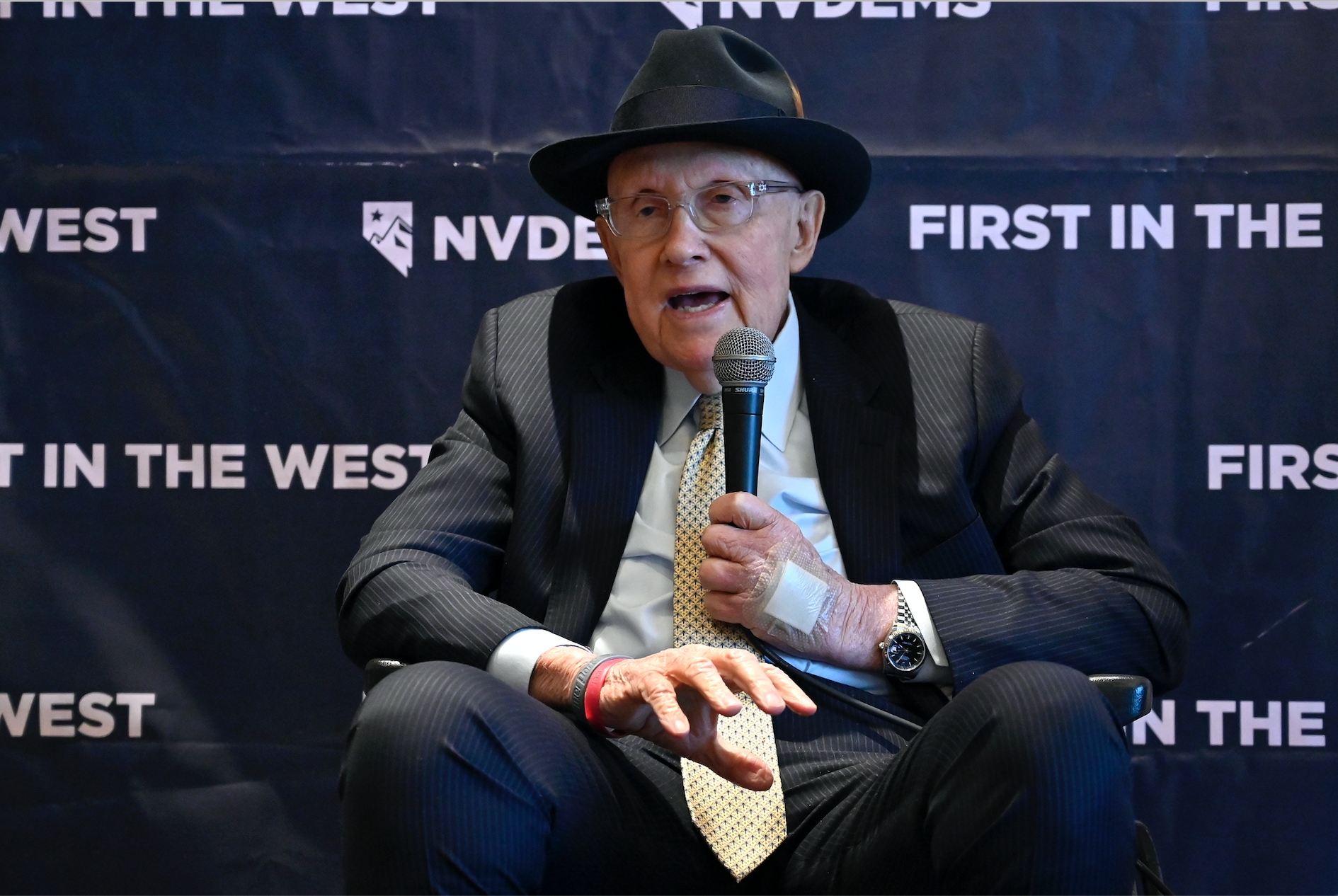 The New York Times on Friday issued a significant correction on a story in which the paper claimed former Sen. Majority Leader Harry Reid (D-NV) said alien objects had crashed on Earth and been studied for years by government and private entities.

The correction was appended to a July 23 story suggesting Reid “said he believed that crashes of vehicles from other worlds had occurred and that retrieved materials had been studied secretly for decades, often by aerospace companies under government contracts.”

The Times said in its July 24 correction the article had “inaccurately rendered” Reid’s remarks. “Mr. Reid said he believed that crashes of objects of unknown origin may have occurred and that retrieved materials should be studied,” the paper wrote. “He did not say that crashes had occurred and that retrieved materials had been studied secretly for decades.” 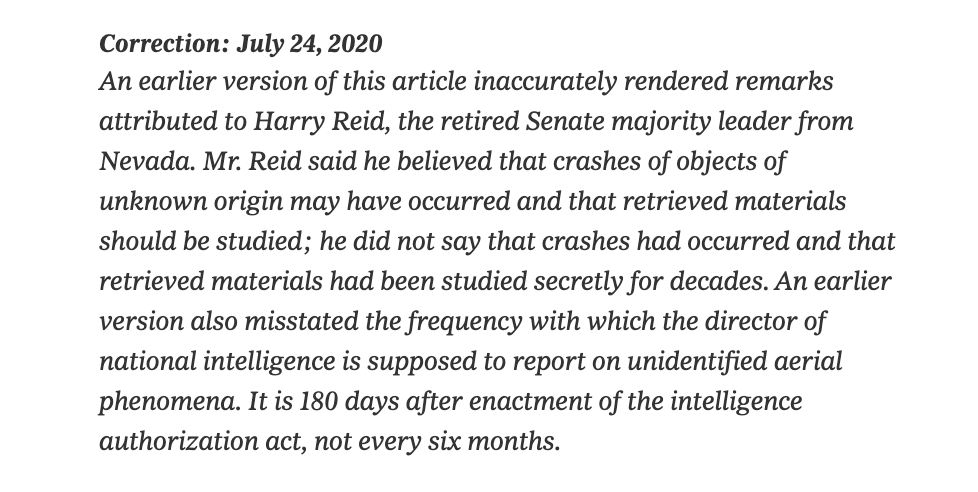 Reid, who has advocated for declassifying material related to unidentified flying objects (UFOs) since leaving the Senate in 2015, said that after looking at the issue, “I came to the conclusion that there were reports — some were substantive, some not so substantive — that there were actual materials that the government and the private sector had in their possession.”

The paper also reported a bombshell comment from an astrophysicist, Eric Davis, that he delivered a briefing to the Pentagon in March about the retrieval of “off-world vehicles not made on this earth.” Davis said he delivered similar briefings to the Senate Armed Services Committee and Senate Intelligence Committee in October.

“It is extremely important that information about the discovery of physical materials or retrieved craft come out,” Reid said.