US Border Patrol Officer Lashes Out at Haitian Migrants

‘This is Why Your Country’s S**t’: US Border Patrol Officer Lashes Out at Haitian Migrants Crossing Rio Grande 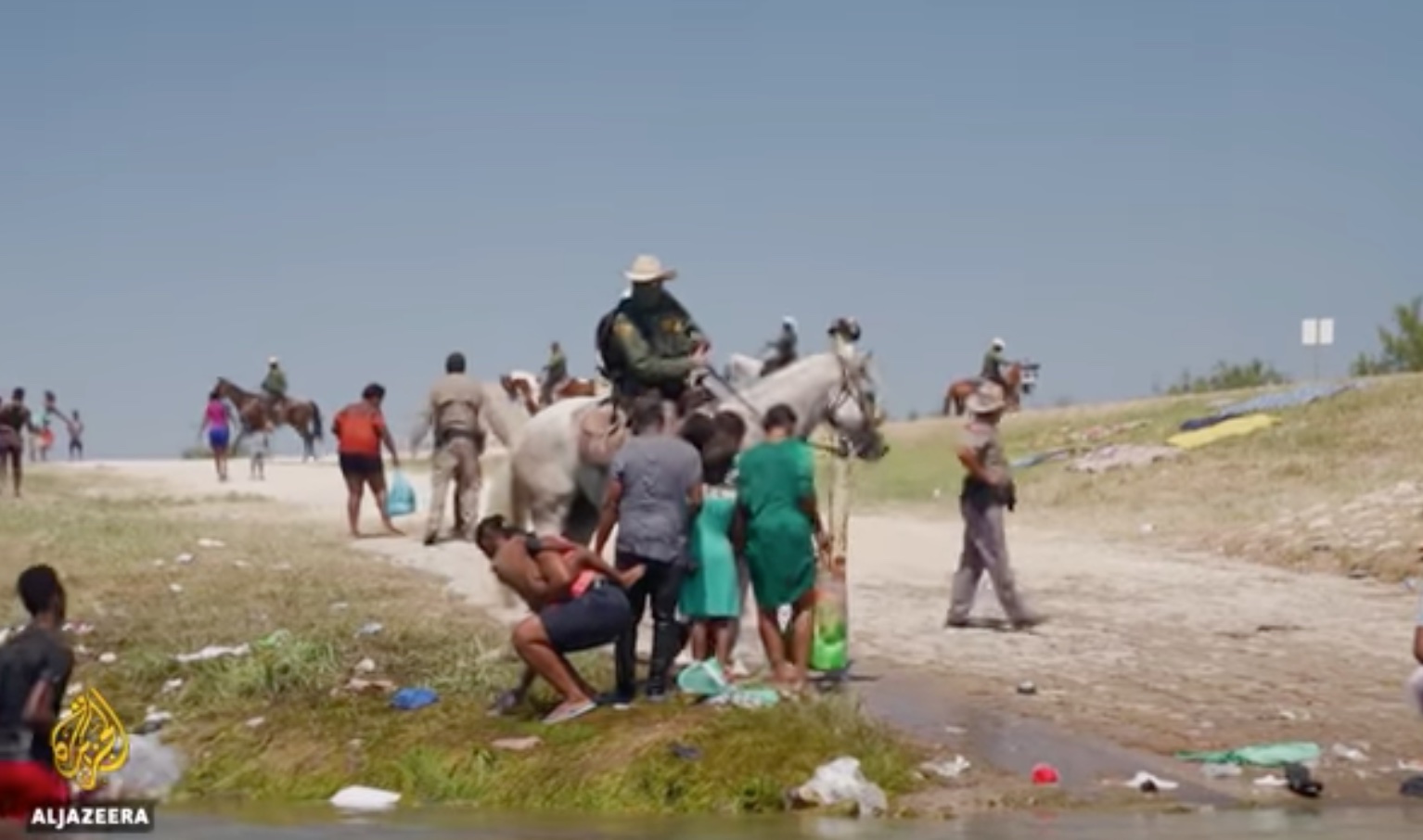 A U.S. Border Patrol agent was caught on video yelling at Haitian migrants who crossed the Rio Grande river from Mexico into Texas.

The video then shows Border Patrol agents using their horses to deter the migrants from moving ahead and instead trying to send them back to Mexico. It shows migrants telling the agents that they have families in tents on the American side of the river who are hungry, and that they went back into Mexico in order to retrieve food for them.

The incident comes as the Biden administration plans to deport thousands of Haitian migrants who have descended on Del Rio, Texas, staying underneath or around a bridge there.

Watch above, via Al Jazeera English.