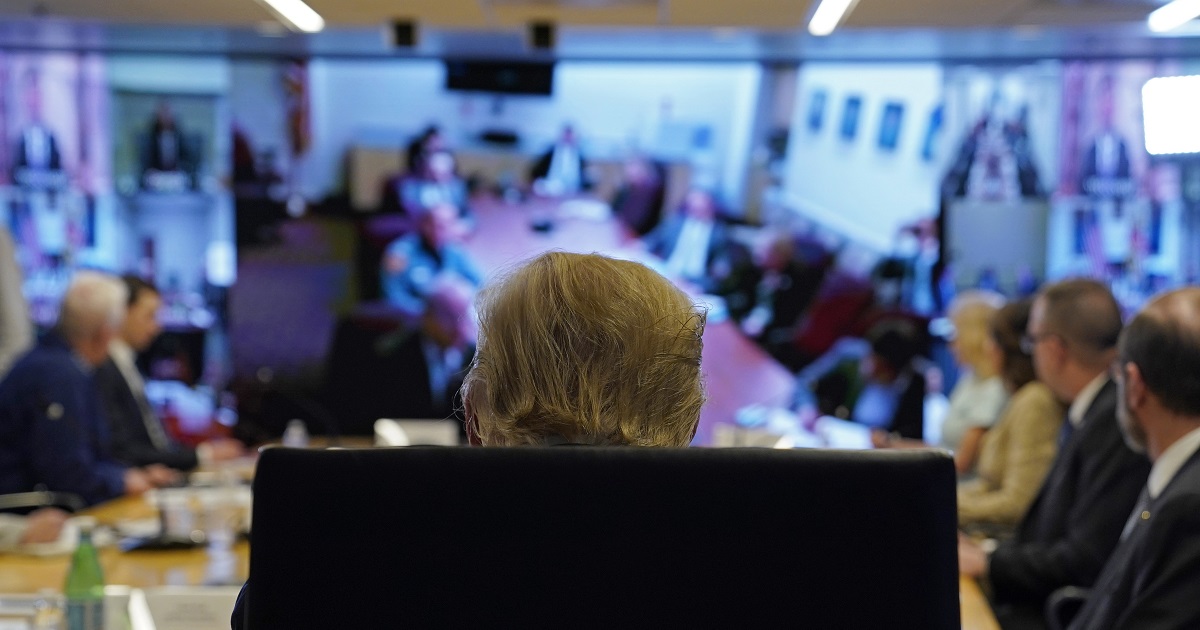 The Trump administration’s response to the growing coronavirus outbreak in the first few months of 2020 was marked by bureaucratic infighting, leadership paralysis, and political considerations routinely outweighing public health guidance.

That’s according to a detailed, blockbuster report in the New York Times that gives readers’ a thorough, blow-by-blow autopsy of the White House’s repeated failures to grapple with the deadly nature of the COVID-19 pandemic.

While many of the themes and individual moments in the Times report have been covered previously, this massive review — with six bylines, no less — weaves together a damning indictment of a President Donald Trump administration beset by missteps and miscommunication.

Here are the five most surprising and stunning details from the must-read story:

1.   In the early months of the crisis, both Trump and his economics advisers repeatedly pushed back against national security officials who wanted to publicly blame China for outbreak, for fear of angering the political leadership in Beijing and jeopardizing the administration’s recently-signed trade deal.

“They ran into opposition from Mr. Trump’s economic advisers, who worried a tough approach toward China could scuttle a trade deal that was a pillar of Mr. Trump’s re-election campaign. …Mr. Trump and other senior officials were wary of further upsetting Beijing. Besides the concerns about the impact on the trade deal, they knew that an escalating confrontation was risky because the United States relies heavily on China for pharmaceuticals and the kinds of protective equipment most needed to combat the coronavirus.”

2.  Despite his public claims to the contrary, Trump was, in fact, contemporaneously briefed about adviser Peter Navarro’s January 29 memo, which ominously warned of a potential coronavirus outbreak that could ravage public health and shatter the economy.

“Despite Mr. Trump’s denial weeks later, he was told at the time about a Jan. 29 memo produced by his trade adviser, Peter Navarro, laying out in striking detail the potential risks of a coronavirus pandemic: as many as half a million deaths and trillions of dollars in economic losses.”

3.  One of the Trump’s deputy national security advisers, Matthew Pottinger, a well-known China hawk, increasingly pursued a conspiratorial storyline that the coronavirus had been created in a Chinese lab and accidentally leaked to the outside world.

“Mr. Pottinger initially suspected that President Xi Jinping’s government was keeping a dark secret: that the virus may have originated in one of the laboratories in Wuhan studying deadly pathogens. In his view, it might have even been a deadly accident unleashed on an unsuspecting Chinese population. During meetings and telephone calls, Mr. Pottinger asked intelligence agencies — including officers at the C.I.A. working on Asia and on weapons of mass destruction — to search for evidence that might bolster his theory.”

4.  Trump repeatedly leaned on the advice of a small group of Wall Street and corporate confidantes, who continued counseling against shutting down schools and businesses for weeks after public health officials had pushed for those moves.

“Mr. Trump had agreed to give an Oval Office address on the evening of March 11 announcing restrictions on travel from Europe, where the virus was ravaging Italy. But responding to the views of his business friends and others, he continued to resist calls for social distancing, school closures and other steps that would imperil the economy.…Always attuned to anything that could trigger a stock market decline or an economic slowdown that could hamper his re-election effort, Mr. Trump also reached out to prominent investors like Stephen A. Schwarzman, the chief executive of Blackstone Group, a private equity firm.”

5.  Dr. Deborah Birx played a key role in finally convincing the president to take the virus seriously and publicly endorse social distancing and shelter-in-place guidelines to help stop the rapid spread of COVID-19.

“But in the end, aides said, it was Dr. Deborah L. Birx, the veteran AIDS researcher who had joined the task force, who helped to persuade Mr. Trump. Soft-spoken and fond of the kind of charts and graphs Mr. Trump prefers, Dr. Birx did not have the rough edges that could irritate the president. He often told people he thought she was elegant.