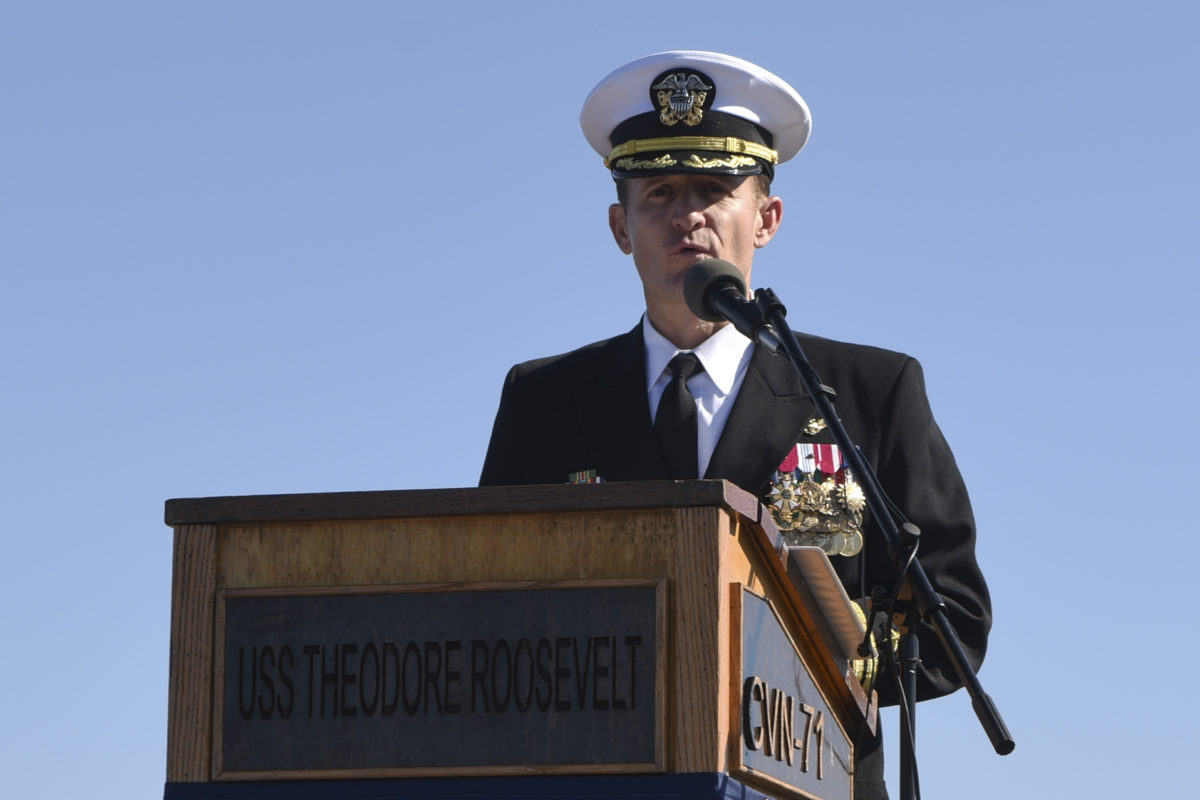 You may remember the controversy a few weeks ago over Captain Brett Crozier, who sounded the alarm about an outbreak of the coronavirus on the USS Theodore Roosevelt. Crozier was relieved of his duties after his letter leaked.

Defense Sec. Mark Esper defended the decision, as did then-Acting Navy Sec. Thomas Modly, who blasted Crozier in comments to the ship’s crew, summarily walked back some of those comments, and ultimately ended up resigning.

Now the New York Times is reporting that top Navy officials are recommending that Crozier be reinstated:

Mr. Esper received the recommendation on Friday that Captain Crozier be reinstated from the chief of Naval Operations, Admiral Michael M. Gilday, and the acting Navy secretary, James McPherson. Defense Department officials said earlier that they expected to announce the results of the Navy’s investigation into the matter on Friday afternoon.
Mr. Esper’s decision to hold up the investigation has surprised Navy officials, who believed that the defense secretary would leave the process in the hands of the military chain of command.

Both Gilday and General Mark Milley, chairman of the Joint Chiefs of Staff, reportedly advised Modly not to remove Crozier before a review was completed.

Crozier has been in isolation after contracting the coronavirus himself. Per the Times, 840 Roosevelt sailors have tested positive.