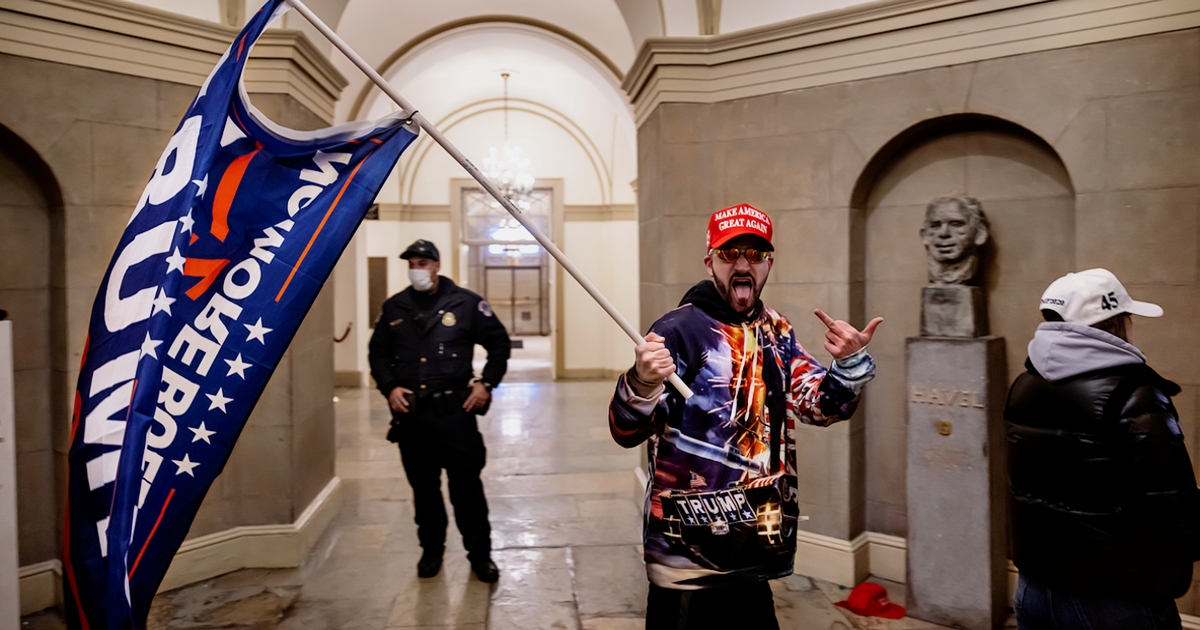 A new poll finds that a whopping 60 percent of Republicans think President Joe Biden’s victory over Donald Trump in the 2020 election should be “overturned” — including a rather stunning gender gap.

The latest Politico/Morning Consult poll illustrates the long shadow cast by the former president’s lies about the 2020 presidential election, which incited the January 6 Capitol insurrection.

Respondents to the poll were asked, “Do you think the results of the 2020 presidential election should be overturned?”

And within those voters, there is an immense gender gap between Republican men (51%) and Republican women (66%) who say that “Yes, definitely or “Yes, probably” the 2020 election should be overturned.

And elsewhere in the poll, the influence of the big lie on current and future elections was vividly illustrated by the overwhelming majority of Republican voters for whom belief in 2020 presidential election fraud is a compelling voting issue.

Respondents were asked “Thinking of the November 2022 midterm elections for U.S. Congress, would you vote for a candidate who believes the results of the 2020 presidential election should be investigated?”

Numbers like these would appear to provide a powerful disincentive for Republican incumbents and candidates to deviate from the Trump orthodoxy, at a minimum, or worse, an incentive to spread the election lies.

On the other hand, only 39 percent of Republicans believe that the 2022 midterms will be “free and fair” — a potential problem for Republican candidates if they want those voters to turn out.