Will Johnson From Viral CBS Video Is Actually InfoWars Host 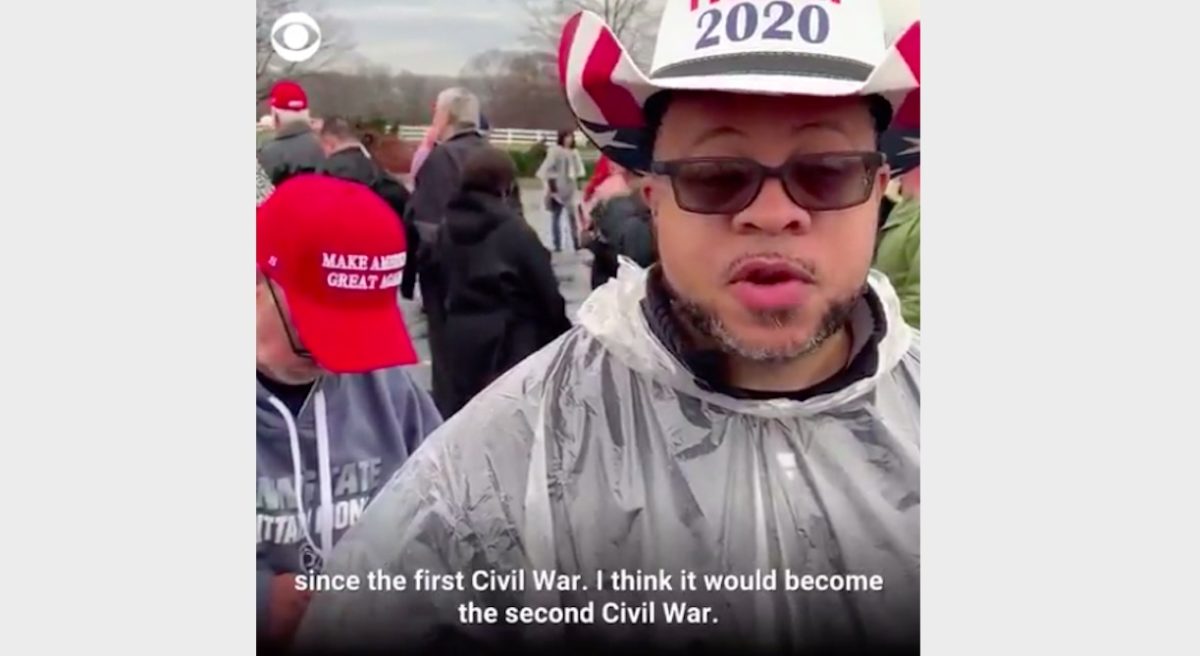 A Trump rallygoer who appeared in a viral CBS News video, ominously warning that the country might descend into a “second Civil War” if President Donald Trump was removed from office in a Senate trial, is actually an InfoWars host who has pushed the same “civil war” warnings in the past.

The man, Will Johnson, was included in a disturbing video taken at Trump’s Pennsylvania rally that quickly gained attention for the ominous threats of violence Trump supporters offered up. None of the people interviewed were identified by name.

Nearly one day after the video was first posted on Twitter, CBS News replied to the original tweet with an “editor’s note” naming Johnson and identifying him as “a media personality who has contributed to InfoWars.” (Johnson posted his own video from the rally where he can be seen wearing the same outfit as in the CBS interviews and where he tells a passerby that he works with InfoWars host Alex Jones.)

Editor’s note: After publication of this video, CBS News learned that the second man interviewed is Will Johnson, a media personality who has contributed to InfoWars.

Johnson hosts his own online show “Fire Power News” that is part of the far right conspiracy theory site’s network. Johnson is also the founder of Unite America First and, in the past, has smeared Democrats as “the real domestic terrorists in America.” Last summer, long before Trump’s impeachment, Johnson was already warning of the country being torn apart, saying the US was “not a hot civil war, but we are in a war.”

CBS News’ follow-up came after reporter Nick Martin noted just hours after the video was published that the second man in the interview bore a striking resemblance to Johnson.

Wait, is this InfoWars host Will Johnson being interviewed as a just a random “Trump supporter” in this video? https://t.co/O1QSXcEyn4

Martin said in a later Twitter thread that he had reached out to the network and Johnson for comment but has not heard back. Mediaite also reached out to the CBS News reporter identified in the video but has received no response.

18. As of now, I haven’t heard back from either CBS News or Johnson. But there are still some real questions I’d like to get answered.