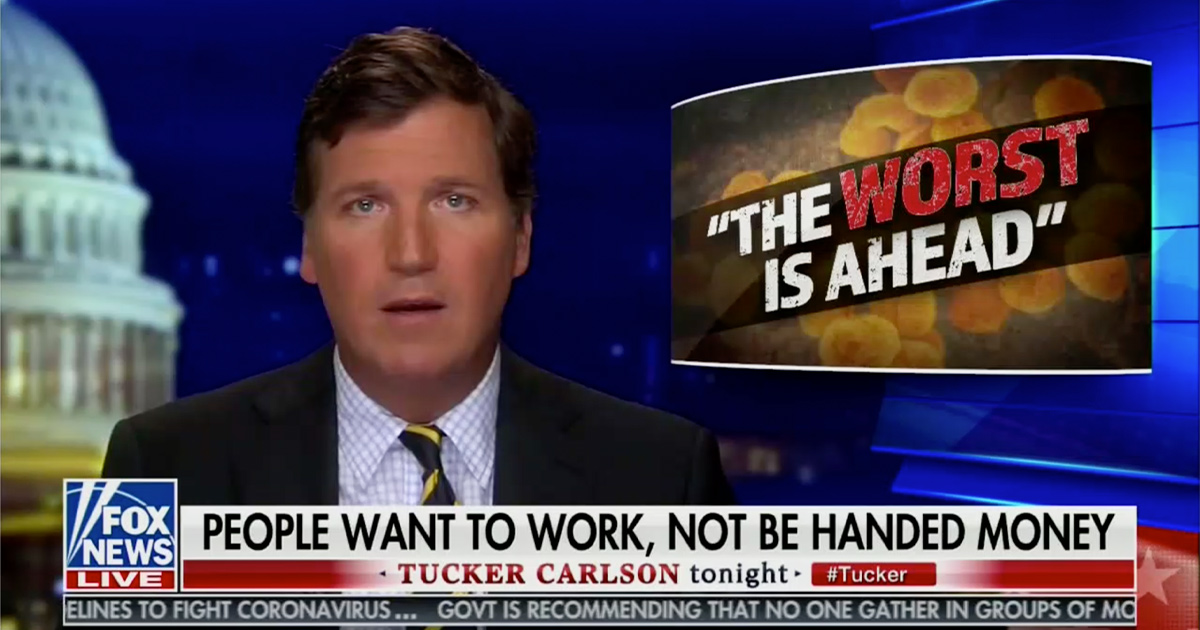 Only a few times in the decades-long history of cable news has the 24-hour news cycle been so focused on a singular topic as coronavirus. Networks are devoting resources to covering the impact on pretty much every facet of Americans’ lives and the impact internationally.

The coverage became much more focused on the virus this week after states across the country announced closures of businesses and pushed for people to follow social distancing guidelines — guidelines that the networks themselves are making a point to follow on air.

Fox News’ Tucker Carlson took the #1 ratings slot in cable news Monday night with a total of 4.46 million viewers and a whopping 949,000 in the 25-54 demographic alone.

Rachel Maddow scored the highest ratings for MSNBC in primetime with 3.46 million viewers and 656,000 in the demo.

Chris Cuomo, meanwhile, scored the highest ratings for CNN primetime with 2.18 million viewers and 789,000 in the demo.