Tucker Carlson Talks Advising Trump on Coronavirus: People Around Him ‘Were Determined to Pretend This Wasn’t Happening’

Tucker Carlson Talks Advising Trump on Coronavirus: People Around Him ‘Were Determined to Pretend This Wasn’t Happening’ 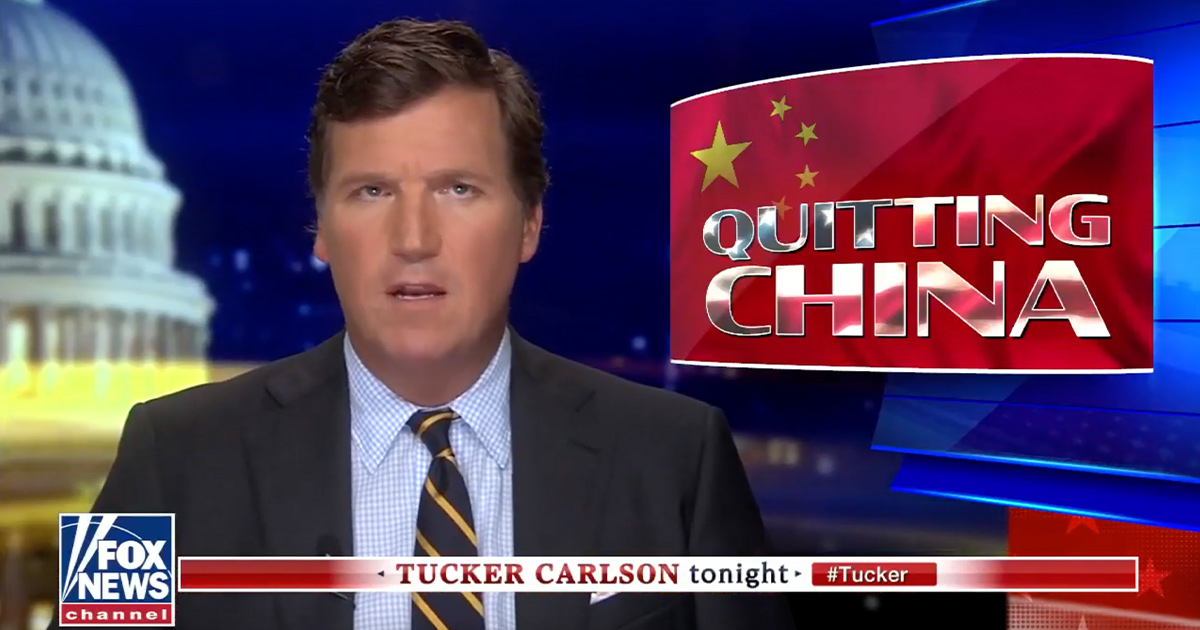 Fox News’ Tucker Carlson was ahead of a number of network colleagues in warning viewers about the threat of the coronavirus, and he recently met with President Donald Trump to directly advise him on taking it seriously.

“People you trust — people you probably voted for — have spent weeks minimizing what is clearly a very serious problem,” Carlson said.

Carlson’s riff caught Trump’s attention and was one of the factors that led the president to start to reconsider his position, according to two White House officials who requested anonymity to speak frankly.

Carlson spoke to Vanity Fair about speaking with the president at Mar-a-Lago this month about the virus, saying POTUS was just being failed by those around him:

The portrait you’re painting here is of Trump in a bubble. Don’t you think he was in denial?

I think Trump has a really finely calibrated sense of danger and I think it served him well. I think a lot of the people around him, and I mean broadly around him—particularly Republican members on Capitol Hill, in leadership too—were determined to pretend this wasn’t happening. There are a number of members of the Senate who really ought to know better, who, by the way, are at risk of being really hurt by this personally [Note: Senators Lindsey Graham and Rick Scott were both exposed to the virus at Mar-a-Lago]—who were determined to convince him that this was not that big a deal.

Carlson said he himself tried to get tested for coronavirus but “there were none available.”

Carlson and Hagan got into it a bit during the interview as Carlson took shots at the media, as well as during an exchange when Hagan pressed Carlson on not criticizing Trump’s response directly:

Tucker, are you unable to critique Trump directly? His response has been panicked. It started with denial, has moved into panic and is completely ineffectual and causing worse problems. He’s fighting with the governor of New York right now on Twitter. I mean, are you able to directly criticize him?

I am able to do whatever I want. I mean, I haven’t gotten a single directive from the company I work for. They haven’t said literally one thing.

But are you critical?

I was the only person in media to say that in America, to say that the State Department, the Trump State Department, was lying about the Syrian gas attacks, which they were. They were lying. Yeah. And we twice killed people with prison missiles in response to what was the lie, and I said that out loud and I meant it and I was the only person who did. And so yeah, I mean, of course I can criticize Trump directly.