Twitter Silent On Claim that George Floyd Death Was Faked 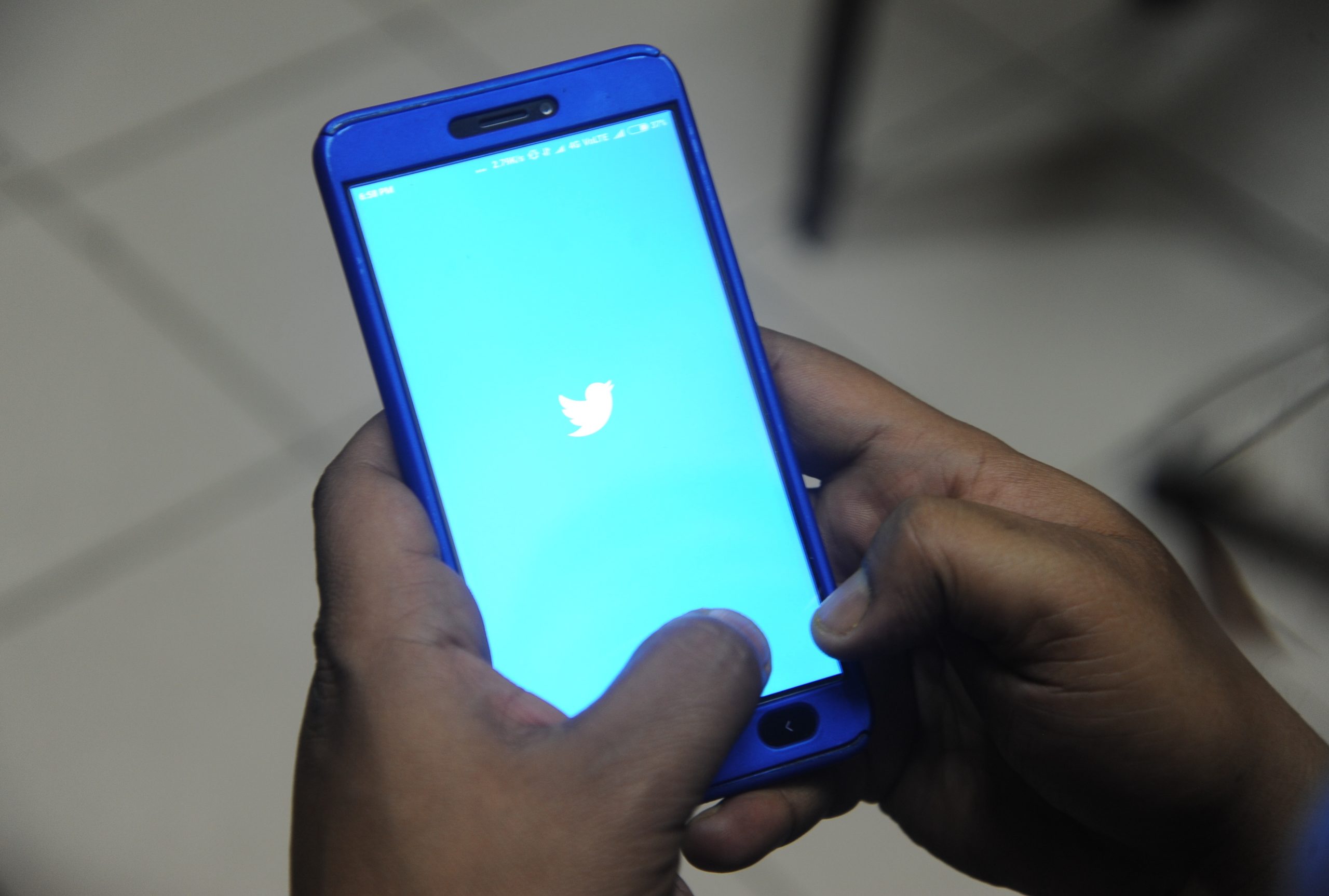 Twitter refused to comment Tuesday on a congressional candidate’s claim that images of George Floyd’s May 25 death were “deepfaked.”

“George Floyd is dead! He died in 2016. The images of George Floyd that we saw on camera on May 25, 2020 were created using deepfake technology – digital composites of two or more real persons,” Winnie Heartstrong wrote in a message on Twitter. “Deepfakes” are realistic images created using technology.

A campaign website for Heartstrong, who is running as a Republican for a U.S. House seat from Missouri’s first congressional district, states that Heartstrong holds a Ph.D. in political communication and has taught at the college level “for close to a decade.” It does not say where she has taught or attended school. 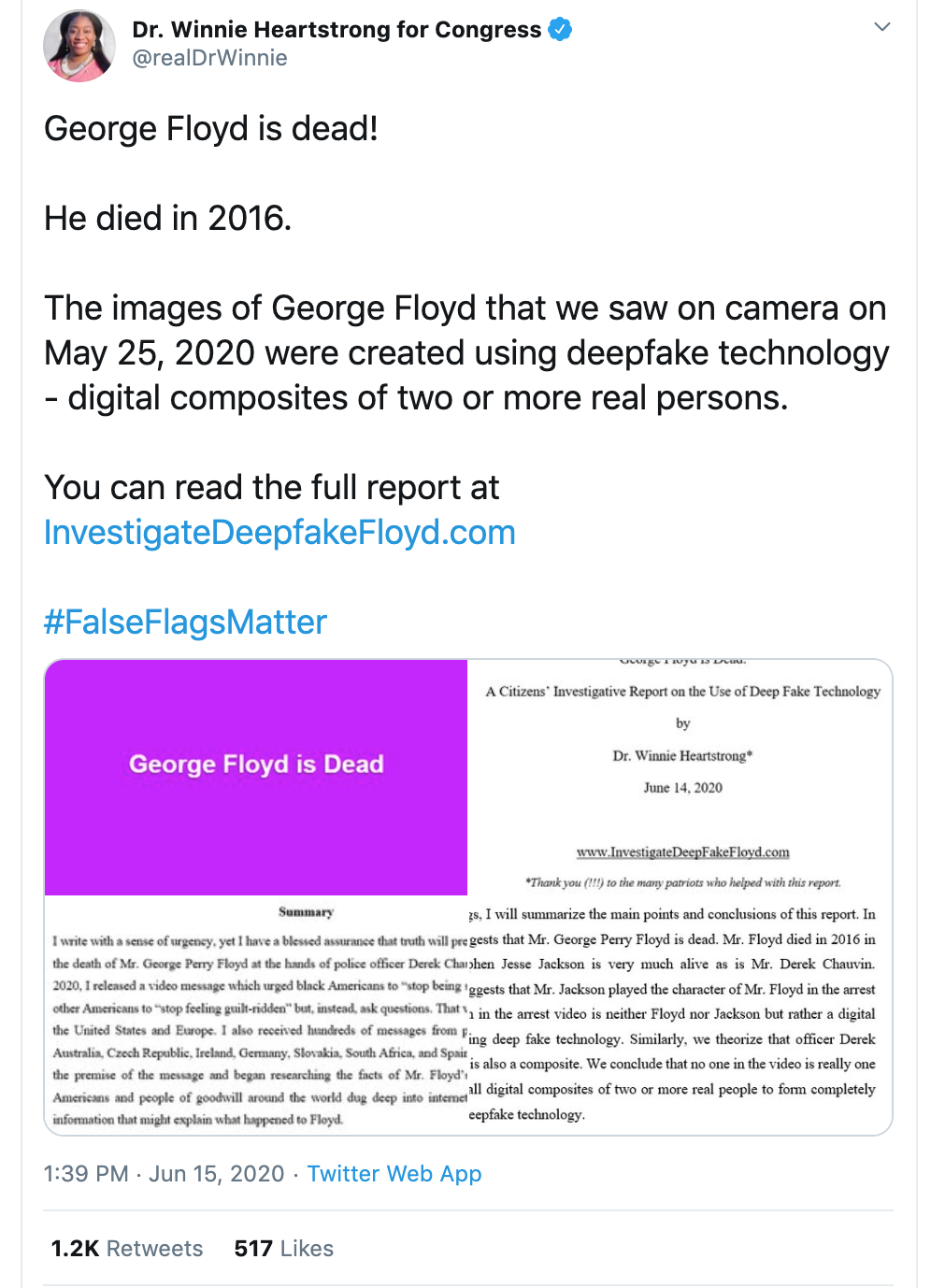 The June 15 message vanished by early Tuesday afternoon — after more than a week online — but it was not clear that Twitter played any role in its disappearance. Twitter did not respond to a request for comment. Heartstrong retained a blue “verification” badge on the platform following the message’s removal.

Public records indicate Heartstrong also ran as a Republican for a seat in Maryland’s legislature in 2018, obtaining 5 percent of the vote in a four-way election.