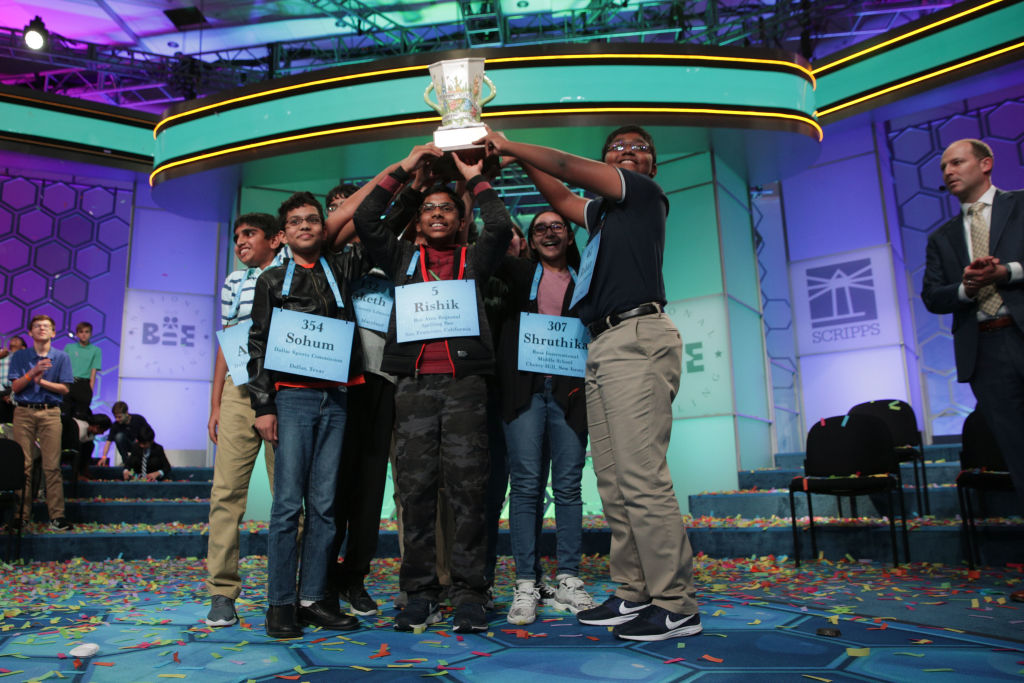 At the 2019 Scripps National Spelling Bee, eight spellers were crowned as co-champions after all of them went through five rounds — 47 consecutive words — without a mistake, nearly exhausting the bank of competition-level words chosen for the Bee. Nothing like this had ever happened in contest’s 94-year history.

“Champion spellers, we are now in uncharted territory,” Bee official Jacques Bailly said, per the Asssociated Press, in announcing the decision to declare eight winners. “We do have plenty of words remaining on our list. But we will soon run out of words that will possibly challenge you, the most phenomenal collection of super-spellers in the history of this competition.”

The Bees between 2014–16 also ended in ties, but those competitions only had two co-champions each.