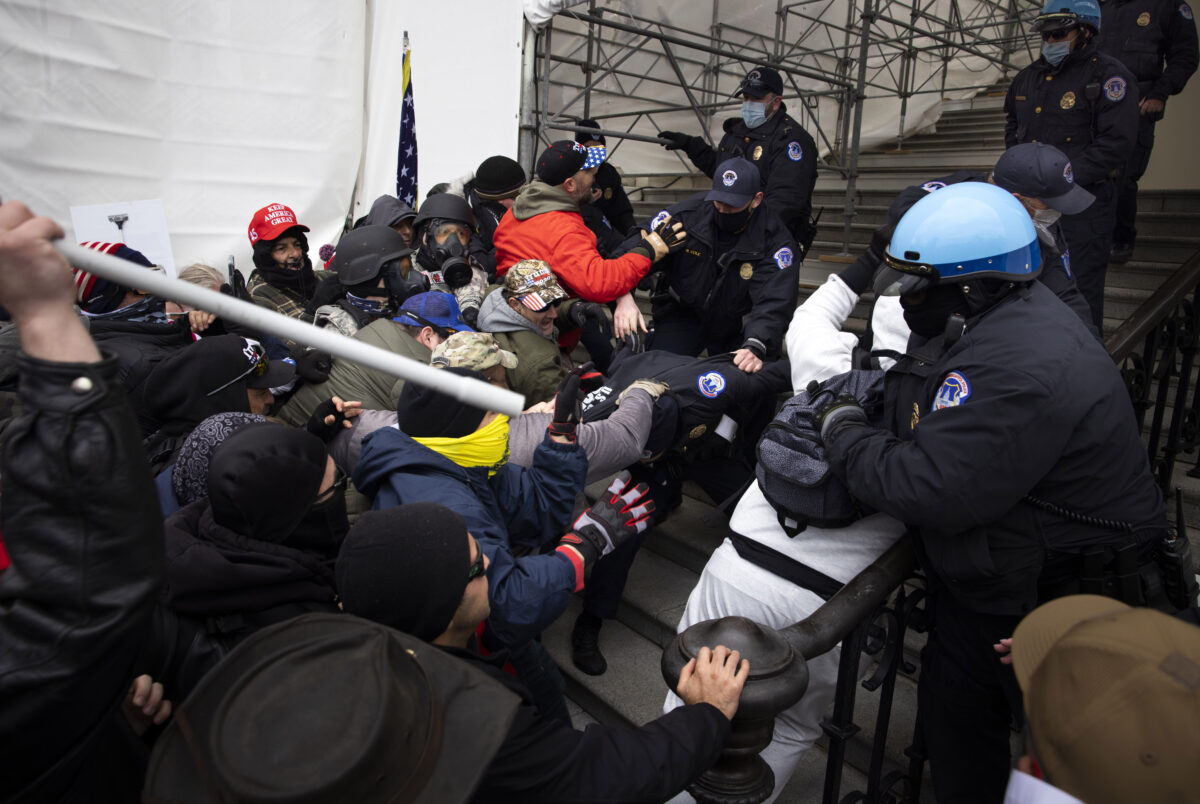 Members of the U.S. Capitol Police sent out a stunning statement to members of Congress, calling out both Mitch McConnell and Kevin McCarthy for their comments opposing legislation to form a 1/6 commission.

To be clear, this is not a statement from the Capitol Police as an organization, but from members of the USCP.

The statement, first obtained by Politico reporter Olivia Beavers, says, “We members of the United States Capitol Police write this letter to express our profound disappointment with the recent comments from both chambers’ minority leaders expressing no need for a January 6th commission.”

“The brave men and women of the USCP were subjected to hours and hours of physical trauma which has led to months of mental anguish,” it reads.

They say “it is unconscionable to even think anyone could suggest, we need to move forward and get over it.”

NEWS: The U.S. Capitol Police have issued a statement to members of Congress expressing “profound disappointment” with McConnell and McCarthy’s positions on the Jan. 6 commission, citing the “trauma” that officers endured that day. pic.twitter.com/kqls6aJG6i