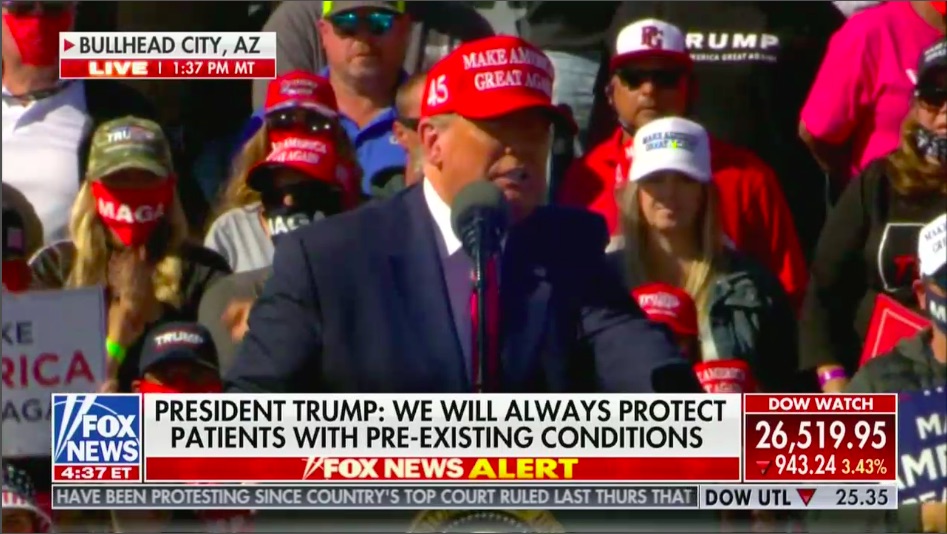 According to CNN, the North American Aerospace Defense Command (NORAD) sent the jet to investigate the airspace violation at approximately 2:00 p.m. local time. The plane had failed to communicate with air traffic control when it flew into the temporary bubble set up around the president’s rally.

Though the unidentified aircraft could not be seen from the rally, the president could observe the intercepting jet screaming overhead, telling rallygoers that its firing off of the flares was a “little display” in his honor. CNN reporters noted that Secret Service agents had closed up their cordon around the president during the incident, but did not appear on stage.