WaPo Editorial Board Condemns Trump Over Ukraine Scandal: His ‘Corruption Is Black and White’ 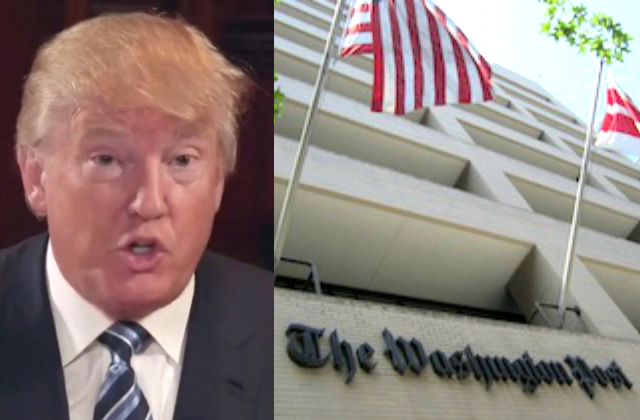 The Washington Post editorial board published a fiery op-ed that condemned President Donald Trump and argued that his corruption in the Ukraine-whistleblower scandal is clear as “black and white,” but it stopped short of calling for Trump to step down from the presidency.

In the editorial posted on the newspaper’s website on Friday night, the Post said the phone call transcript released by the White House and the latest documents provided to House Democrats by US diplomat Kurt Volker “definitively show” that president was seeking to extract a criminal probe of his potential 2020 rival Joe Biden in exchange for a face-to-face meeting with Ukrainian President Volodymyr Zelensky.

“In our view, the transcript contained at least a hint that Mr. Trump was linking the “favor” he wanted to arms sales, and clear evidence that he was tying it to a White House invitation. That conclusion is now confirmed,” the Post’s editorial board concluded.

“In the end, the deal did not go through,” the Post noted, but not for lack of trying. “Instead, the record shows that Mr. Trump and his retainers kept raising their demands, like a casino developer squeezing a plumbing contractor.”

“Congress clearly has more to learn here,” the editorial board wrote, endorsing a widening of the impeachment probe by House Democrats. “Our information is that the White House was conditioning security assistance on Ukraine’s promise to conduct the politically motivated investigations. But legislators already know this much: Mr. Trump literally used his office — in the form of a promised White House meeting — to induce a foreign leader to investigate a potential opponent in the 2020 election. That was a blatant act of corruption.”