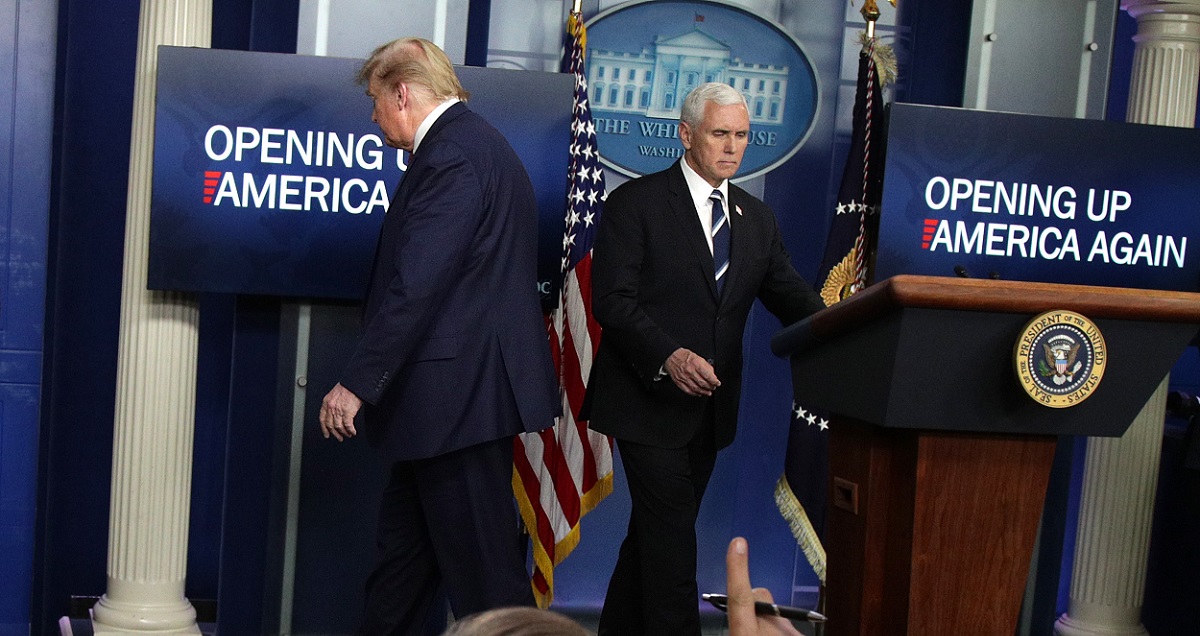 Current and former administration officials say that President Donald Trump’s plan to reopen the country is “largely designed to shield himself from blame” if there are resurgences of coronavirus cases after states begin to relax restrictions, according to The Washington Post.

The Washington Post published a report on Trump’s reopening plan by Philip Rucker, Josh Dawsey, and Yasmeen Abutaleb that featured extensive reporting and quotes from a phone call between Trump and governors, of which the paper obtained a recording.

Much of the reporting focused on the well-publicized disconnect between the amount of testing needed in order to safely reopen the economy and the current level of testing — which is inadequate to that task.

But the report also appears to confirm something that many critics of the plan have already been saying:

The White House guidelines are far less detailed than public health guidances drafted recently by the Centers for Disease Control and Prevention and the Federal Emergency Management Agency and sent to the coronavirus task force.

Trump’s the-buck-stops-with-the-states posture is largely designed to shield himself from blame should there be new outbreaks after states reopen or for other problems, according to several current and former senior administration officials involved in the response who spoke on the condition of anonymity to discuss internal deliberations.

Another Trump adviser told the paper that Trump’s focus is much greater on reopening the country, rather than testing at the level needed to do so safely:

Yet Trump routinely brags about how many tests already have been completed and complains about dire economic projections. The president is “determined to reopen the country. Testing is just not his primary thought,” according to one of his advisers, who spoke on the condition of anonymity to be candid.

Comments that Trump made on that call with the governors also appear to indicate that mass testing is not a priority for Trump:

“Testing is very interesting,” Trump said, according to the audio recording obtained by The Post. “There are some states where I think you can do with a lot less testing than other people are suggesting.” He told the governors that they have “a lot of leeway” in determining how many tests they conduct.

What these officials told the paper is also consistent with Trump’s own public comments. When he said “I take no responsibility” in March, he was responding to the lag in testing that helped the coronavirus to take root and spread in the United States.