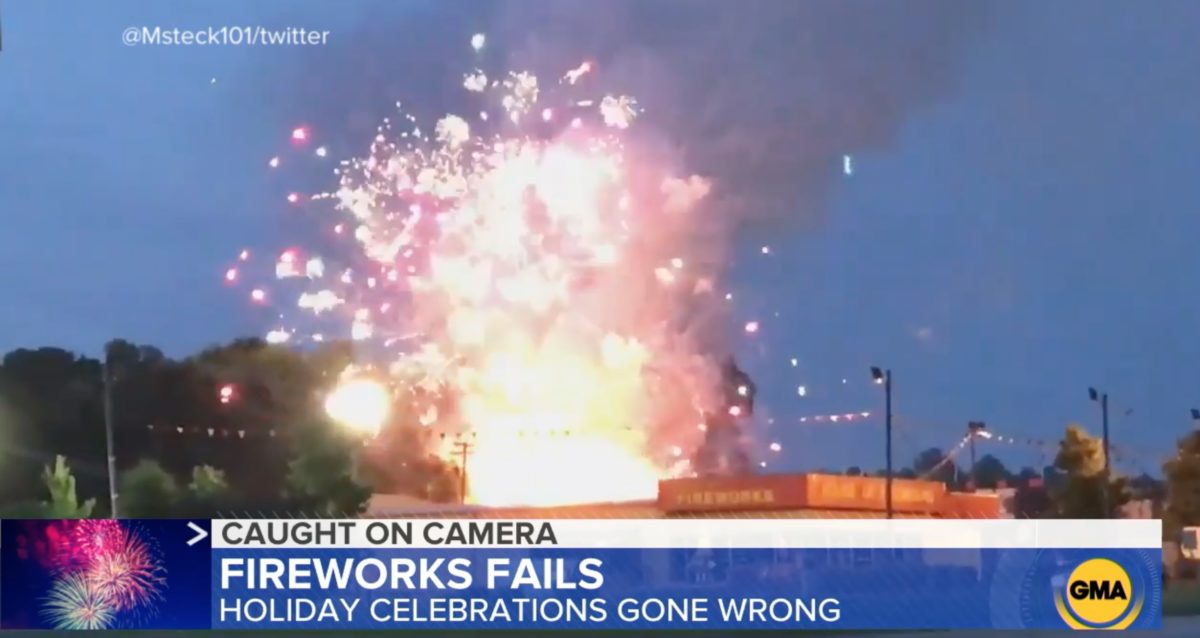 A container outside a fireworks store caught fire and set off a cascading explosion of pyrotechnics.

Fourth of July got started a little early in one South Carolina town after containers outside a fireworks store caught fire. https://t.co/rpzSWIb3rh pic.twitter.com/MweRaP8Mmp

ABC News reported containers outside the fireworks store in Fort Mill, SC, caught fire early Thursday morning and exploded. Police note the store itself did not catch fire, but a number of containers outside were the source of the explosion.

Authorities worked to contain the fire and no injuries were immediately reported. The cause is under investigation.