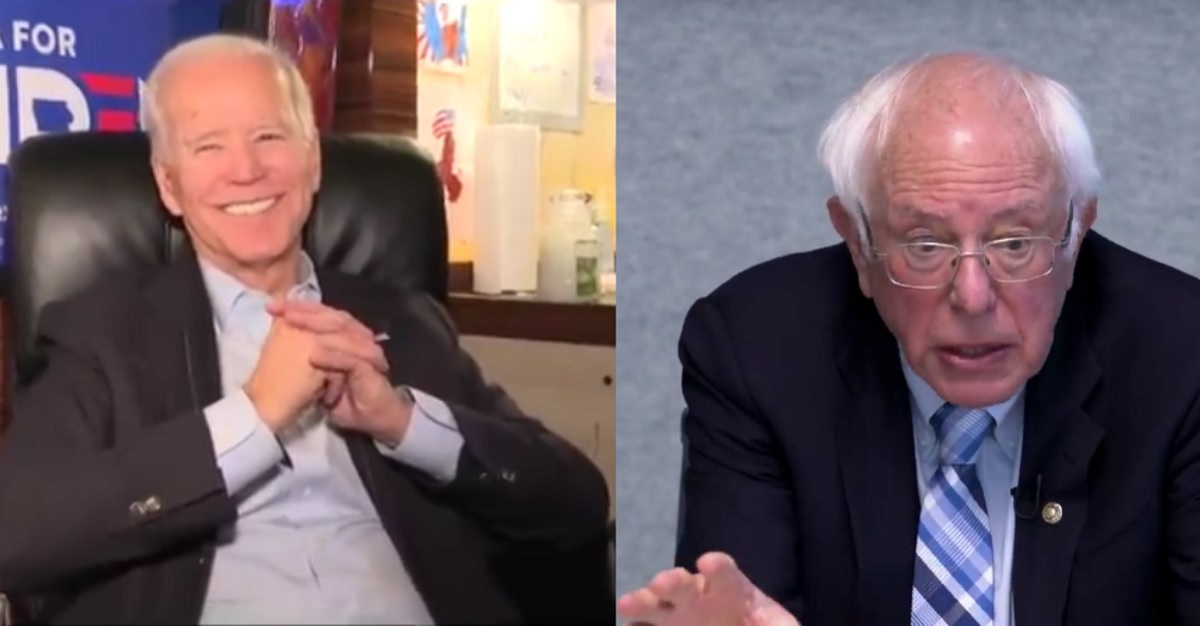 Senator Sanders sat for an interview with The Los Angeles Times that was published Thursday, and in which Sanders asserted he was not there to attack Biden right before attacking him in the next breath.

Sanders was asked “What do you say to voters who worry that in a general election a candidate as far to the left as you are is gonna alienate swing voters and moderates and independents?”

At the tail end of his lengthy response, Sanders said Joe Biden is a personal friend of mine, so I’m not here to, you know, to attack him.”

Biden was asked about Sanders’ remark in Iowa on Friday by CBS News correspondent Bo Erickson.

“Senator Sanders said that with your vote on the Iraq War and trade, President Trump will eat your lunch in the general election,” Erickson said, and asked “Will he eat your lunch?”

“Tell him to come and I’ll give him some dessert at the White House,” Biden replied with a smile.

.@BernieSanders told LATimes Trump will “eat [@JoeBiden‘s] lunch” in a general election bc of his votes on Iraq War, trade agreements, etc.

Biden said tonight in Iowa he will invite Bernie for “dessert” at the White House. @CBSNews pic.twitter.com/IteZsUuUNO

Can fist names be far behind?

Biden and Sanders each have a claim to general election success, as they both poll best in head-to-head matchups with Trump. Biden consistently outperforms Sanders versus Trump nationally by narrow margins, although Sanders does better than Biden in certain state polls.