On Thursday, President Donald Trump inaugurated the new Space Command at a ceremony in which the military command’s new flag was unveiled. Air Force General John Raymond will lead the USA’s newest joint command, which will “defend America’s vital interests in space,” said the President. 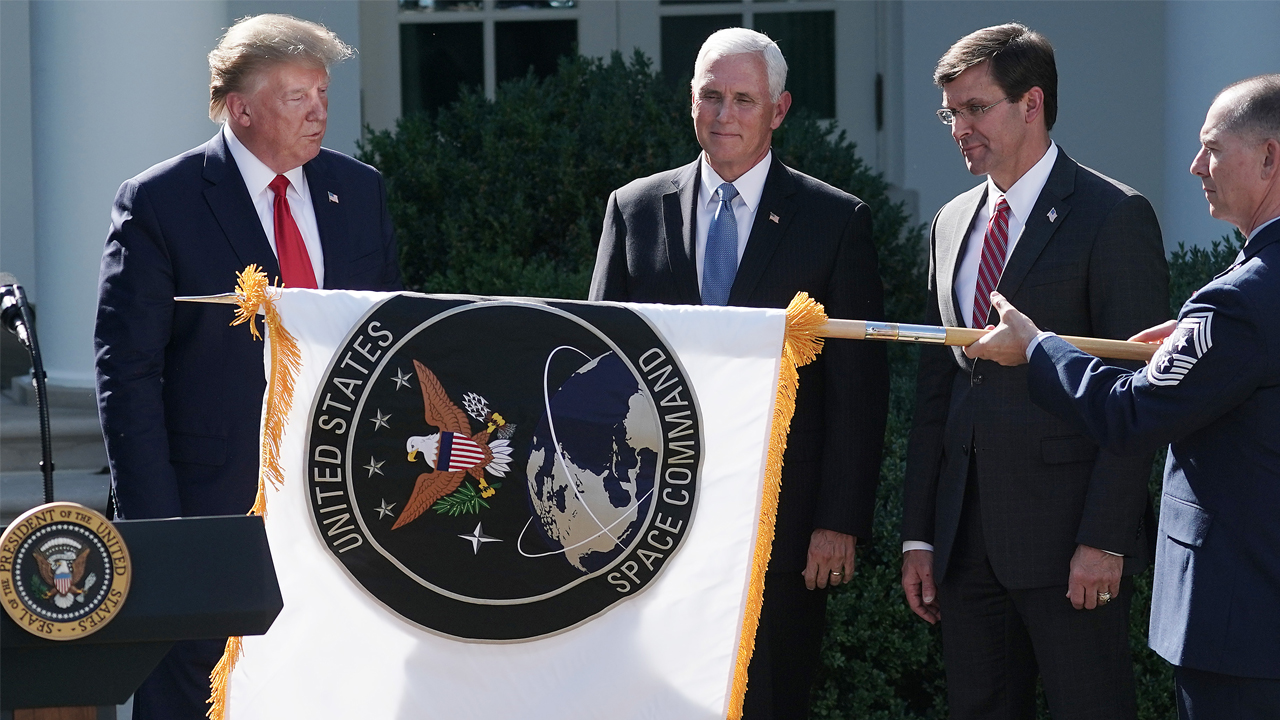 The flag was unfurled in a Rose Garden ceremony, and features the new seal for the joint command, which Gen. Raymond also presented to President Trump during the event.

Gen Raymond presents @POTUS with seal of the US Space Command. pic.twitter.com/Itu1WtRb8U

“Those who wish to harm the United States, to seek to challenge us on the ultimate high ground of space, it’s going to be a whole different ballgame,” said President Trump during his remarks.

Space Command is now the 11th joint combat command. “We no longer have the luxury of treating space superiority as a given,” said Gen. Raymond on Thursday. “There is a growing threat. The scope, scale and complexity is concerning.”