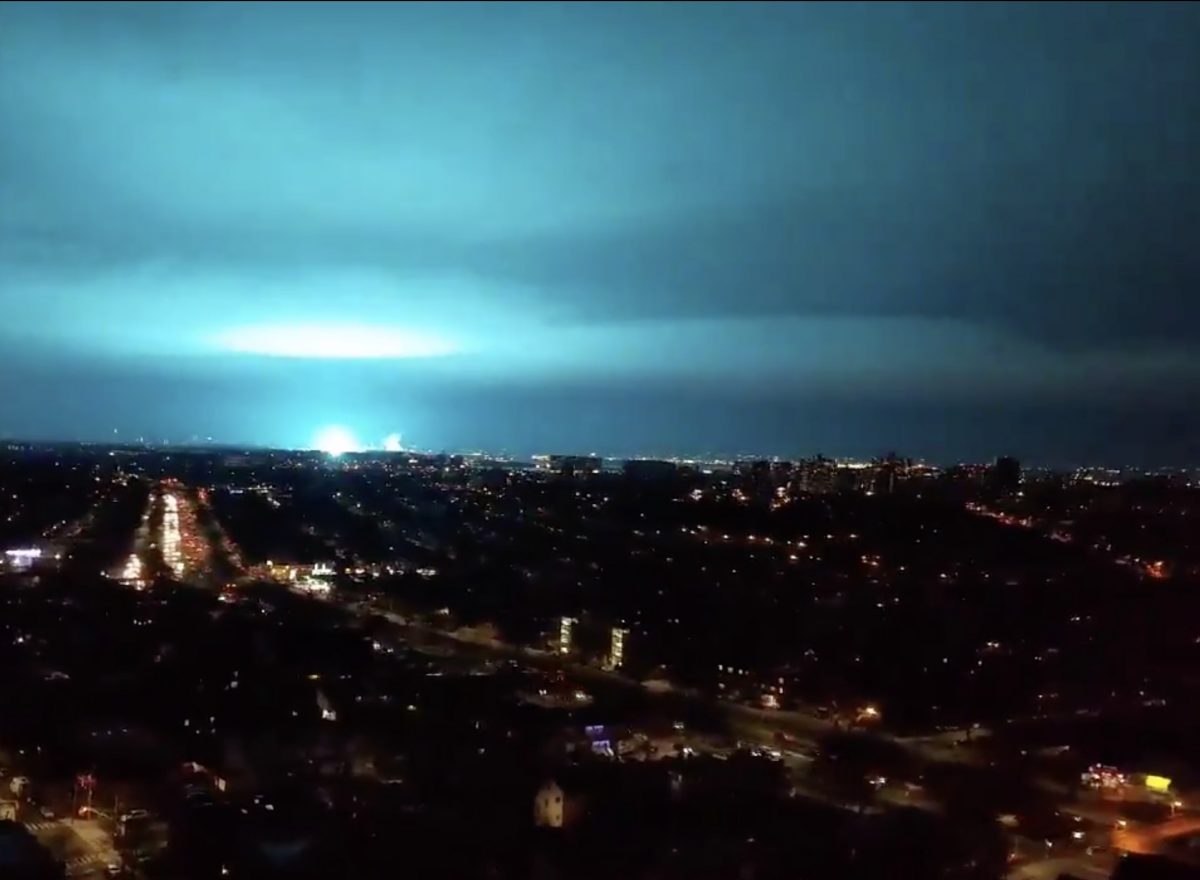 Shortly after 9 pm on Thursday, the skies above Queens turned an eerie blue and power flickered in the New York City borough.

An explosion was also seen in the skyline above.

Locals posted pictures of the explosion and the teal blue sky.

Um what is this? #queens #nyc pic.twitter.com/rt3yiOoyBz

The explosion also caused a power outage at busy LaGuardia Airport and reportedly brought the airport to a grinding halt during the busy holiday travel season.

Update: Transformer appears to have shut down LaGuardia airport. This pic is from FAA website pic.twitter.com/iUKPDoF4TQ

The NYPD has confirmed the lights visible in the city “appear to have been from a transformer explosion at a Con Ed facility in Queens.” The NYPD also reports the fire is under control.

ADVISORY: The lights you have seen throughout the city appear to have been from a transformer explosion at a Con Ed facility in Queens. The fire is under control, will update as more info becomes available. Follow @fdny, @NYPD114pct and @conedison. pic.twitter.com/fdzQKs1wVV

An investigation is underway.

ConEdison also confirmed that they are working with the FDNY “to respond a substation fire in Astoria [Queens].”

We're working with the @FDNY to respond a substation fire in Astoria and will provide updates as soon as we have more information. AQ

UPDATE (11:17 PM): The NYPD reported that there are no injuries and no fire as a result of the explosion. In addition, some flights have resumed at LaGuardia airport.

Confirming incident in #Astoria was result of transformer explosion. No injuries, no fire, no evidence of extraterrestrial activity. Please continue to follow @FDNY and @Conedison

Due to a power outage in Queens, there is partial flight operations @LGAairport. Many flights are departing, some are not. Please check flight status with carrier.