WATCH: Trump Literally Tells His Packed Maskless Crowd That Their Rally Is ‘A Protest Against Stupidity’ 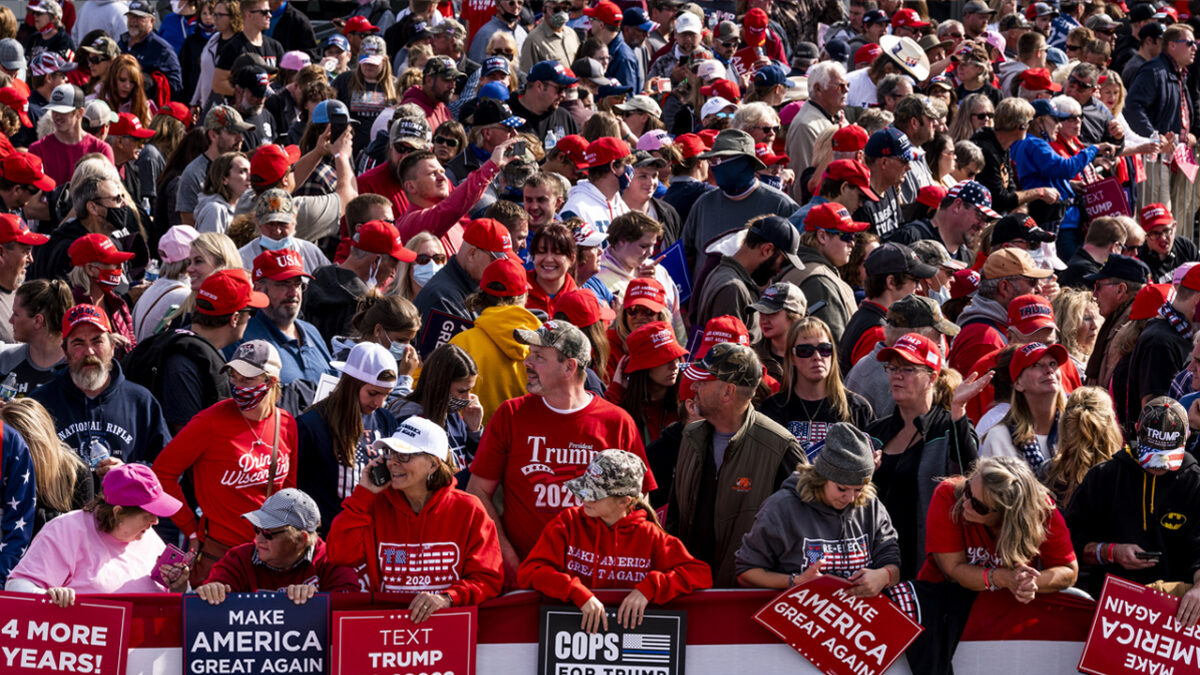 President Donald Trump held a rally before a packed and mostly maskless crowd in Minnesota, where he told them their gathering is “a protest against stupidity.”

On Friday night, Trump spoke to a crowd of Minnesotans in a hangar in Bemidji for more than two hours. And while the attendees standing directly behind Trump in the camera shot largely wore masks, the rest of the tightly-packed crowd was mostly maskless.

At one point during the speech, Trump resurrected the familiar gripe about restrictions on crowds to prevent the spread of the coronavirus.

“You don’t have to wear a masks at protests. So I said, you know we can’t have a rally, the most we can have is 10 people. But why don’t we just call it a protest, because this is a protest,” trump said.

He then added “It’s a protest against stupidity.”

In event spaces and venues, limit indoor and outdoor occupant capacity to no more than 25% up to 250 persons, so long as social distancing can be maintained. The only exception to this is in the instance of an establishment that operates as a restaurant in the ordinary course of business, then they may adhere to restaurant capacity.

Trump’s rally comes after months of statements from his own government about the importance of masking and social distancing, including well-publicized congressional testimony by CDC Director Dr. Robert Redfield this past week.

That moment was flagged by Vox’s Aaron Rupar, who live-tweeted clips of the entire rally.

Watch the clip above via C-Span.