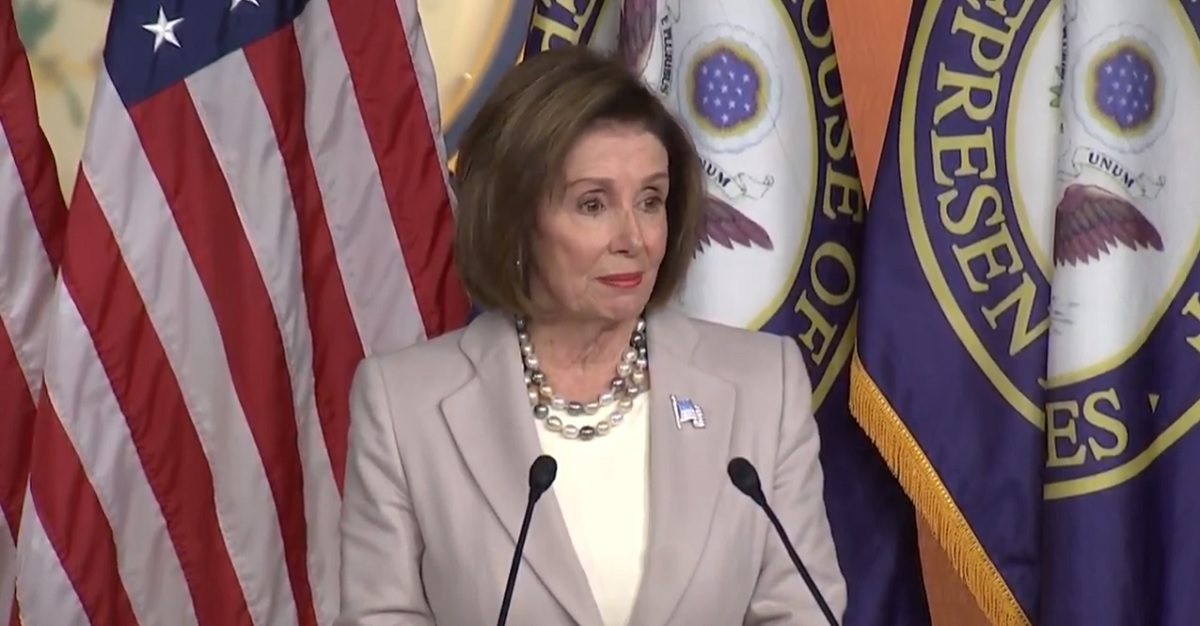 Speaker Nancy Pelosi expressed her great satisfaction at the deal House Democrats struck with the Trump administration to ensure passage of the new USMCA trade deal, privately boasting to members of her caucus that “we ate their lunch.”

According to the Washington Post, the House Speaker held a closed-door meeting on Tuesday, in which he discussed the multiple changes that the White House agreed to to win support from Democrats and labor union groups. AFL-CIO President Richard Trumka publicly thanked Pelosi and Ohio Senator Sherrod Brown on Tuesday and hailed the compromise deal as one that “working people can proudly support.”

President Donald Trump was also publicly touting the deal at his re-election rally in Pennsylvania on Tuesday night. However, the Post reported that at least one Republican Senator from that state, Patrick Toomey, had grown frustrated at the concessions from the White House in recent days.

“In fairness to [US Trade Representative] Bob Lighthizer, there was a lot of discussion early on. But in the last few weeks, the discussion certainly didn’t include me,” Toomey told the paper on Tuesday. The back-and-forth negotiations, Toomey added, “seemed to be a, you know, just a one-way direction in the direction of the Democrats.”

Among the provisions that Democrats got added to the deal were tougher patent and price rules on pharmaceutical companies, more stringent enforcement of labor rights, greater restrictions against outsourcing of jobs to Mexico, and 12 weeks of paid parental leave for federal workers.

Senate Majority Leader Mitch McConnell also expressed some disappointment on Tuesday about the deal struck between the Trump administration and the House, saying: “From my perspective, it’s not as good as I had hoped.”

However, progressive Democrats were also frustrated at other provisions Pelosi did allow to stay in the bill. Among them, the creation of a sixth military branch, the Space Force, as well as a failure to ban the use of military construction funds for building a US-Mexico border wall.

Despite these left-wing concerns, other Senate Republicans worried that the compromises might ultimately cost the White House some GOP votes in their chamber.

“My concern is that what the administration presented has now been moved demonstrably to Democrats, the direction they wanted,” said Texas Republican Sen. John Cornyn. “And anything that gets the AFL-CIO’s endorsement . . . could be problematic.”

Pelosi is expected to push for a House vote on the USMCA as soon as next week, just as Democrats could be voting on articles of impeachment against Trump. That could also affect the timing of any Senate vote on USMCA, as McConnell has said he won’t take up the trade deal until after any Senate trial of the president is completed in January.