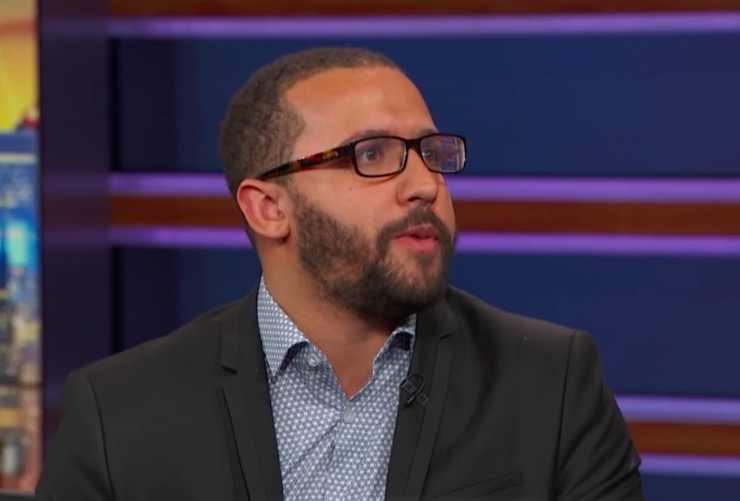 Wesley Lowery is leaving the Washington Post to join a soon-to-be-launched news venture between CBS and Quibi called 60 in 6.

Lowery, a star national reporter for the Post who won a Pulitzer Prize in 2016 for a series on fatal police shootings, will serve as a correspondent for the forthcoming short-form, 60 Minutes-style program, which will air weekly on mobile platforms. He starts in mid-February.

“Wesley is an extremely talented writer and reporter who has covered many of the country’s most important stories during his career,” 60 Minutes executive producer Bill Owens said in a statement announcing the hire. “He’s an unbelievable asset to our team.”

Lowery, who is 29, joined the Post in 2014 and quickly made a name for himself. While reporting on the Ferguson protests in his first year at the paper, he was arrested in a McDonald’s and charged with trespassing and interfering with a police officer, an incident that raised his profile considerably. The charges were later dropped.

In his new role, Lowery said he will branch out from his usual coverage area at the Post, which has included race, law enforcement and justice. In a phone interview with Mediaite, he said that he is excited to become more of a “generalist” and to take on a variety of new stories in his new role.

Lowery told Mediaite that he had not been looking to leave the Post but that when 60 Minutes approached him about the new position it seemed like a valuable opportunity to gain more experience in a type of journalism he hasn’t done before.

“I would have hated to leave the Post with any difficulty between us,” he said. “Obviously they told me they didn’t want me to go.”

Lowery’s departure comes at a time of some tension in the Post newsroom. On Sunday, Felicia Sonmez, a national reporter for the Post, was suspended for tweeting out a Daily Beast story detailing a sexual assault case involving Kobe Bryant, who died in a helicopter crash over the weekend.

The suspension was widely criticized, including by Post employees. Yesterday, the Washington Post Guild sent out a scathing letter to executive editor Marty Baron and managing editor Tracy Grant, who had made the decision to place Sonmez on “administrative leave” while they conducted a review to determine if Sonmez was in violation of the Post’s social media guidelines. Lowery signed the letter, as did hundreds of Post employees.

This afternoon, the Post reinstated Sonmez, announcing in a statement that it had completed its review and determined that Sonmez “was not in clear and direct violation” of its social media policy.

Lowery, who grew up in the Ohio neighborhood of Shaker Heights, previously worked as a reporting fellow at the Los Angeles Times and as a general assignment reporter for the Boston Globe, where he was part of a team that won a Pulitzer for its reporting on the Boston Marathon bombing.

Quibi, the short-form streaming platform founded in 2018 by former Walt Disney Studios chairman Jeffrey Katzenberg, is scheduled to launch on April 6. The platform, which has raised more than $1 billion ahead of its much-anticipated release, has a number of high-profile projects in the pipeline. Chrissy Teigen, Steven Spielberg and Zac Efron, among others, have all signed on for various shows.

Quibi’s signature innovation, a video technology that the company calls “Turnstyle,” will allow viewers to turn their mobile devices so they can view content in portrait or landscape mode.

As Lowery prepares for his role on 60 in 6, he said that he is looking forward to a new challenge. “It’s going to be ambitious,” he told Mediaite. “I wouldn’t have done it if it wasn’t.”