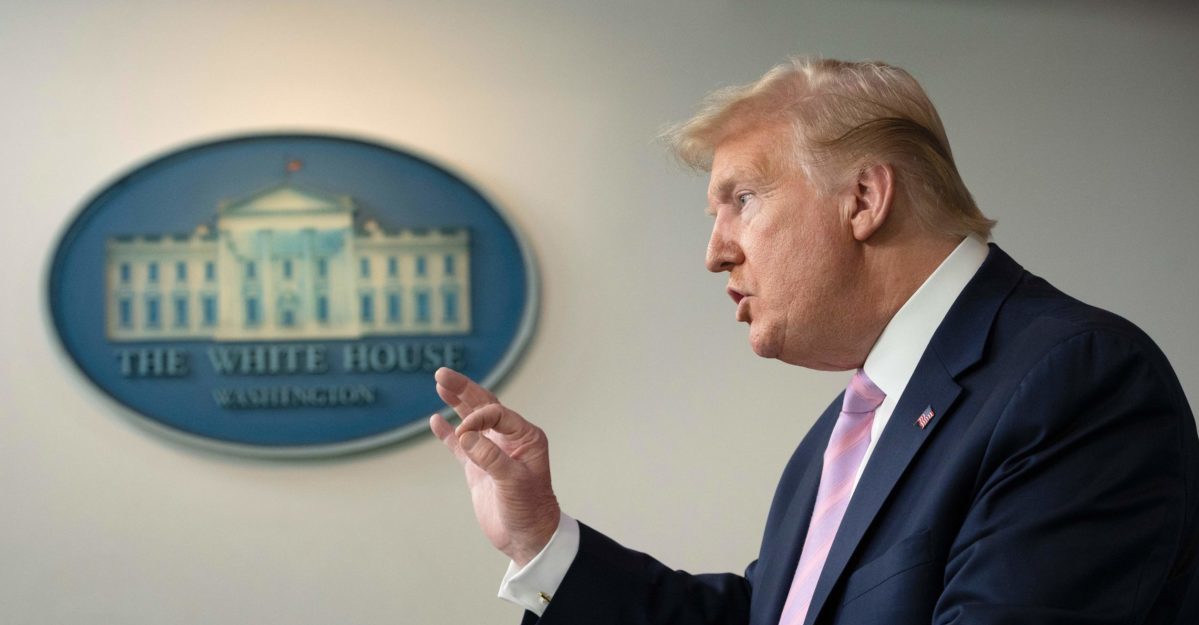 The White House released a new coronavirus testing blueprint on Monday, which says that the federal government should be the “last resort” for needed kits, putting most of the responsibility on the governors of each state.

President Donald Trump plans to reveal the blueprint, which maps out federal versus state responsibilities, during his news conference on Monday evening. The plan was reportedly discussed in a recent call between state governors and the members of the White House coronavirus task force.

“This Blueprint is designed to facilitate State development and implementation of the robust testing plans and rapid response programs called for in the President’s Guidelines,” states a set of documents released by CNN. “ Having these plans and programs in place will help States prevent and contain local outbreaks that may occur as economic and social activities expand across the country.”

The plan clarifies that while the federal government will offer authorization for tests and establish “direction,” individual states are responsible for implementing and completing testing plans and programs.

“Acting as a supplier of last resort, The Federal Government will continue to support State efforts to accelerate testing plans and programs that help enable America to Open Up Again,” the blueprint adds. “Testing plans and rapid response programs will be federally supported, state managed, and locally executed.”