President Donald Trump faced cruel online mockery for his use of what has been dubbed the “tiny desk,” but he’s not the first president to employ the diminutive writing surface, and this wasn’t even his first time doing it.

Trump held a Thanksgiving press conference Thursday, and something about CNN White House correspondent Kaitlan Collins’ photo of Trump behind the desk caught the imaginations of Twitter users:

President Trump is holding a video teleconference with members of the military throughout the world. He’s calling in from the Diplomatic Reception Room. pic.twitter.com/tu4YfJ9xPN

Finally remembered what @realDonaldTrump’s tiny desk reminded me of. pic.twitter.com/5EPaKJDR7K

The #tinydesk memes are a gift that will never stop giving (h/t @vicsepulveda) #DiaperDon pic.twitter.com/3adR4GSb3T

And so it went. There was a lot of mockery, and “tiny desk” was among the trending topics that sent Trump into a Twitter tantrum.

But in fairness to Trump, the tiny desk is not some new thing. It’s possible that the composition of Collins’ photo — Trump isolated in the frame from a high angle — coupled with his general unpopularity with the target audience, enhanced the mockability of the moment. Readers can decide if the same setting from a wider angle looks equally ridiculous. 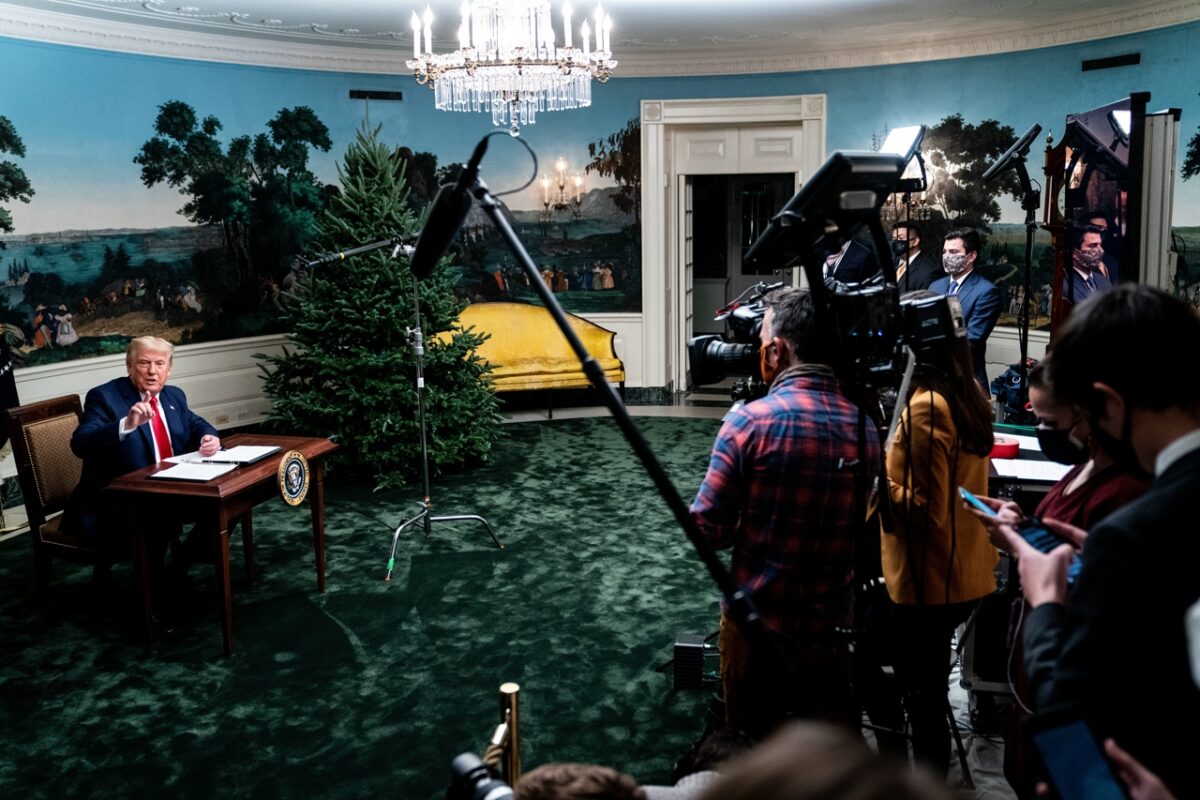 WASHINGTON, DC – NOVEMBER 26: President Donald Trump speaks in the Diplomatic Room of the White House on Thanksgiving on November 26, 2020 in Washington, DC. Trump had earlier made the traditional call to members of the military stationed abroad through video teleconference. (Photo by Erin Schaff – Pool/Getty Images)

Trump and other presidents have used the smaller desk in the past, to apparently far less comical effect. Here’s a sampling of Trump and his predecessor, President Barack Obama, sitting behind the now-famous “tiny desk” over the years — including the iconic signing of the Affordable Care Act.

Why not long on to Twitter and let us know which are your favorites? 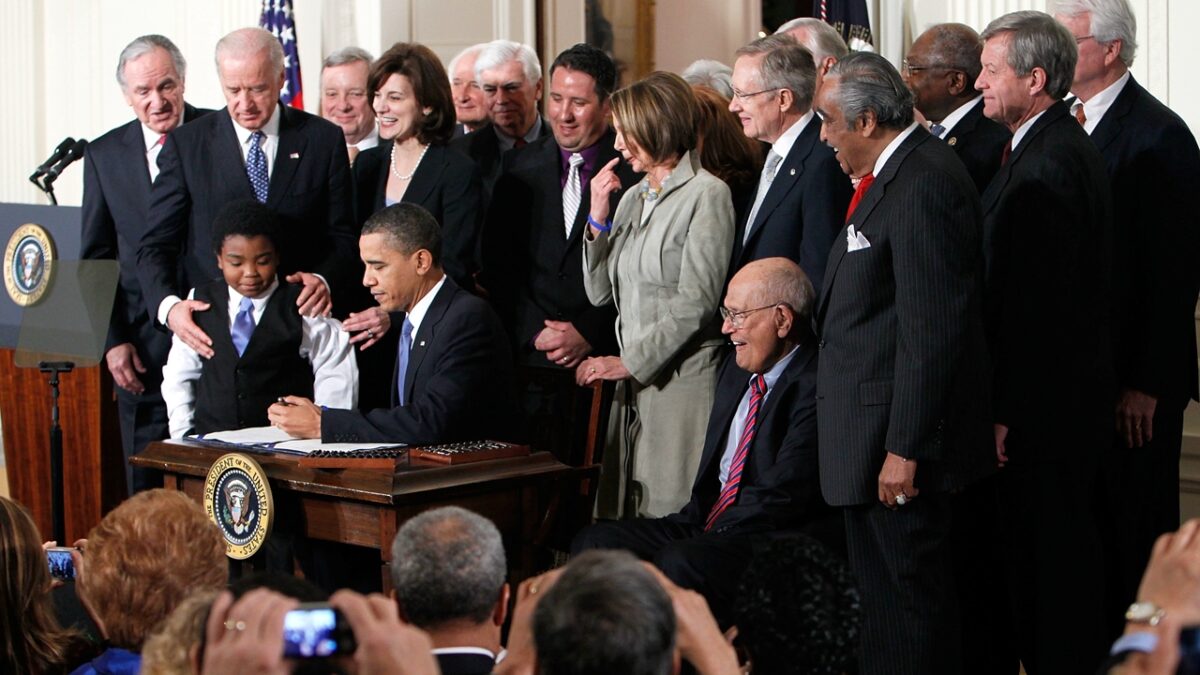 WASHINGTON – MARCH 23: President Barack Obama signs the Affordable Health Care for America Act during a ceremony with fellow Democrats in the East Room of the White House March 23, 2010 in Washington, DC. The historic bill was passed by the House of Representatives Sunday after a 14-month-long political battle that left the legislation without a single Republican vote. (Photo by Alex Wong/Getty Images) 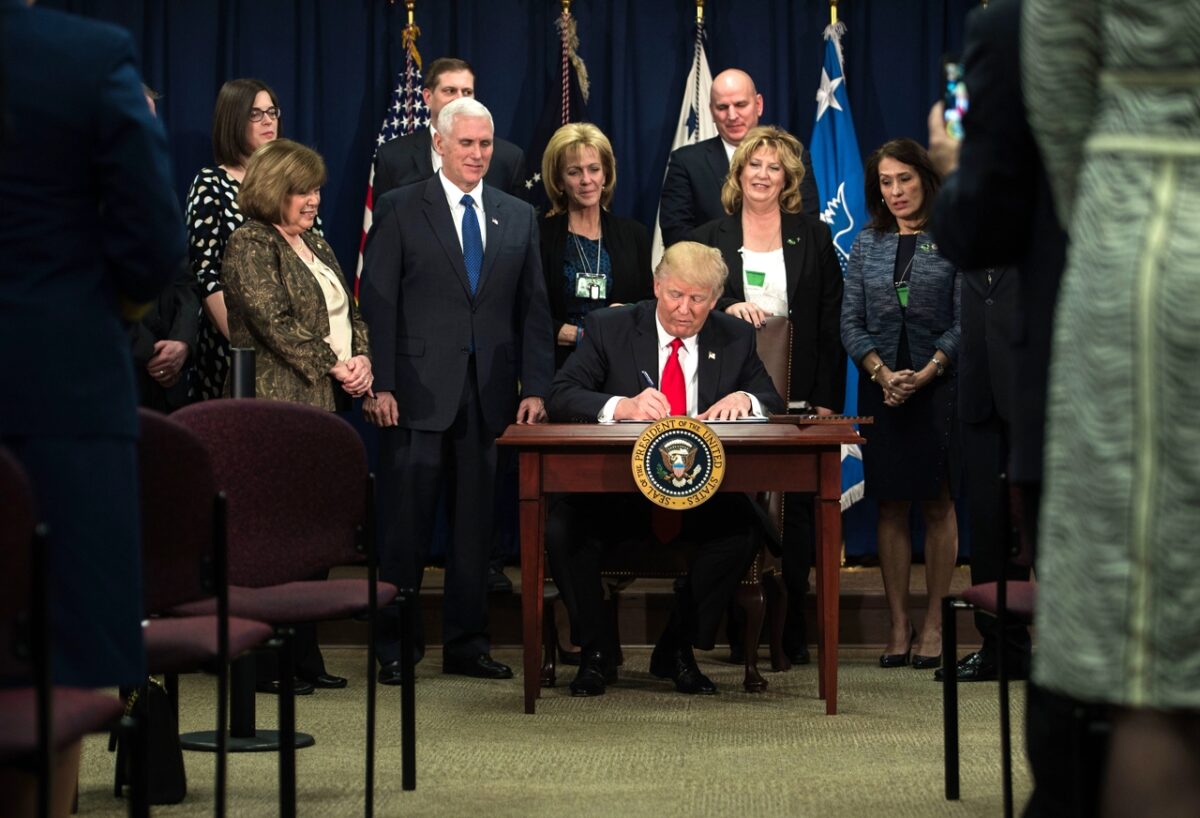 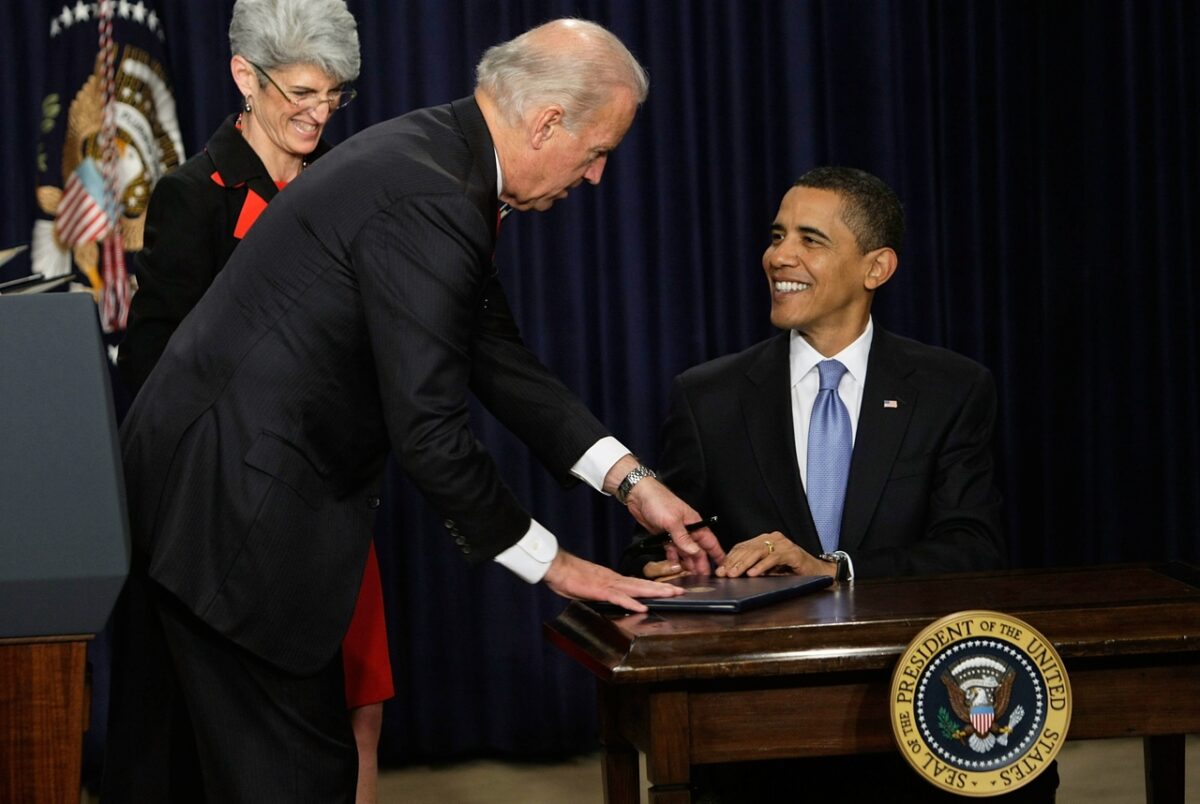 WASHINGTON – JANUARY 21: U.S. Vice President Joseph Biden (C) helps to take a signed executive order away from U.S. President Barack Obama (R) during an event at the Eisenhower Executive Office Building of the White House January 21, 2009 in Washington. Five executive orders requiring staffers to comply with strict new rules on governing lobbying, lobbyists and the Freedom of Information Act were signed by Obama and a group of senior staff was sworn in by Biden during the event on their first day in office. (Photo by Alex Wong/Getty Images) 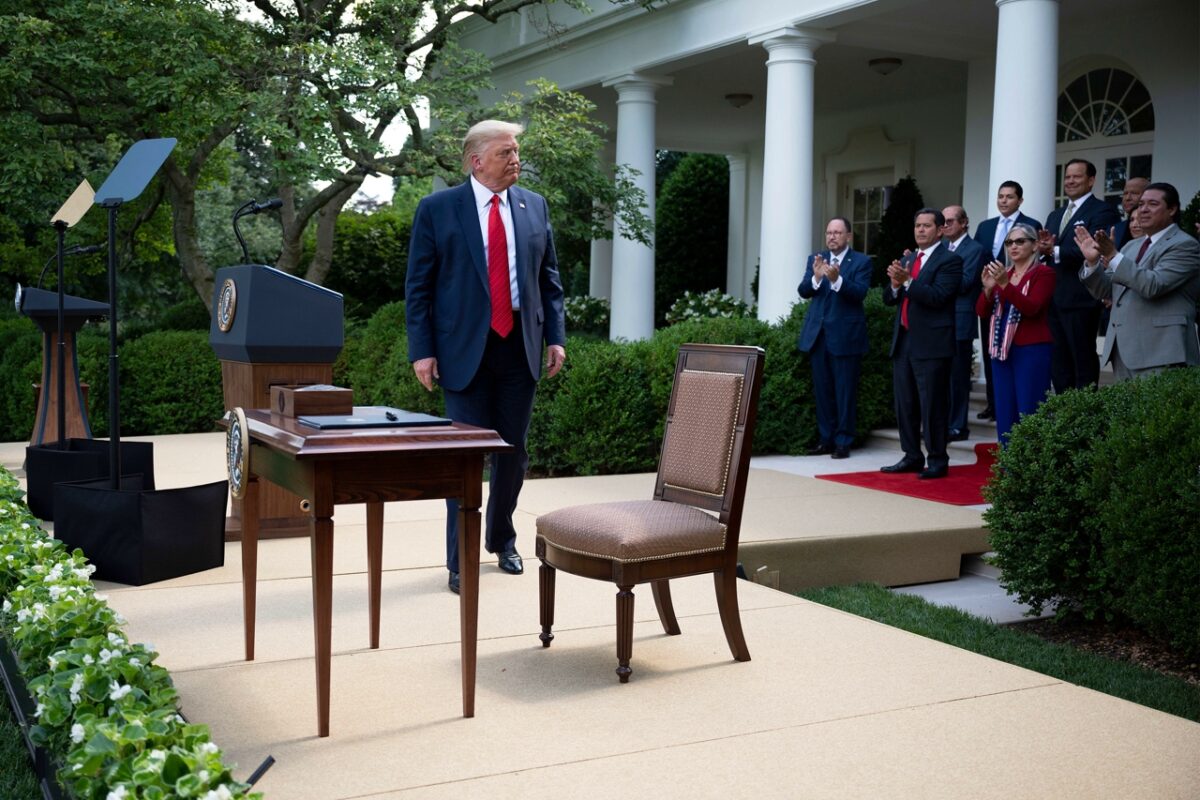 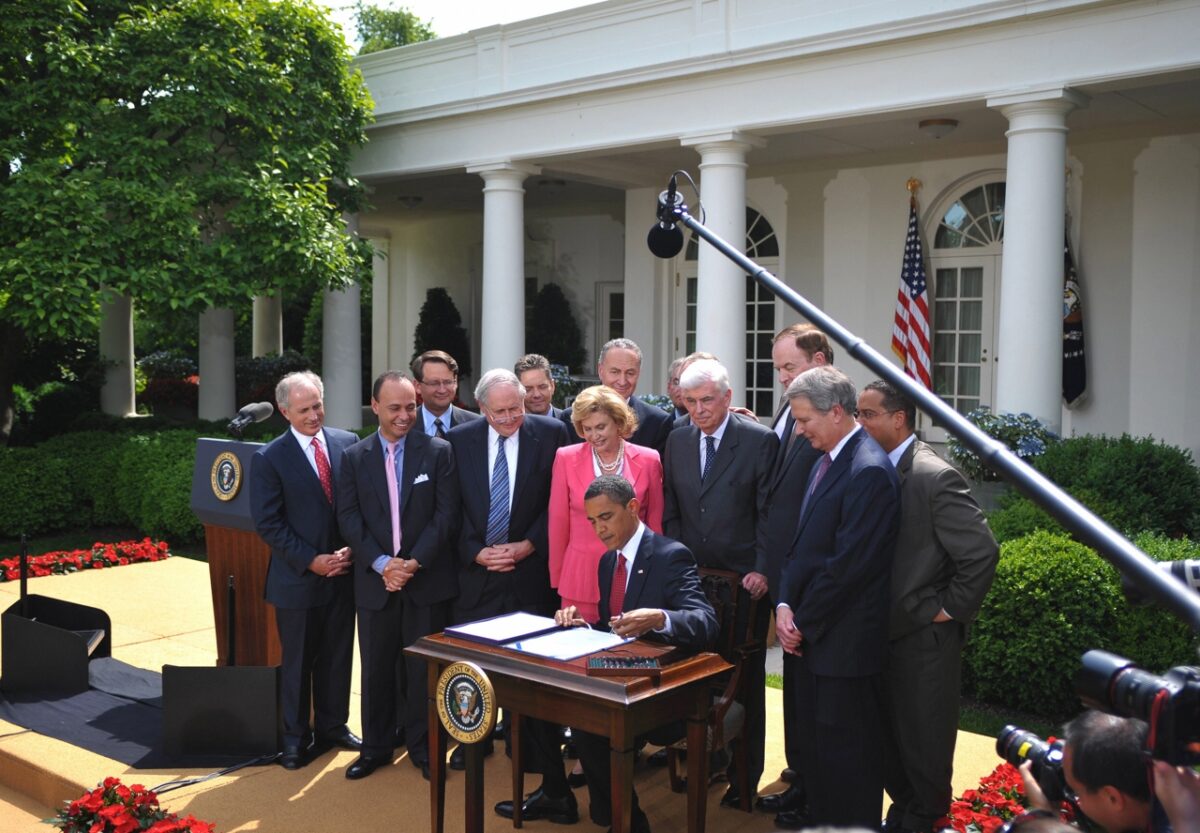 US President Barack Obama signs the Credit Card Accountability, Responsibility, and Disclosure (CARD) Act on May 22, 2009 in the Rose Garden of the White House in Washington, DC. The law aims at protecting credit card consumers from shock interest rate increases and fees. It forbids rate increases on existing balances unless consumers are at least 60 days late paying their bill or the initial rate was a promotional rate that has expired, and requires 45 days’ notice to raise rates. AFP PHOTO/Mandel NGAN (Photo credit should read MANDEL NGAN/AFP via Getty Images) 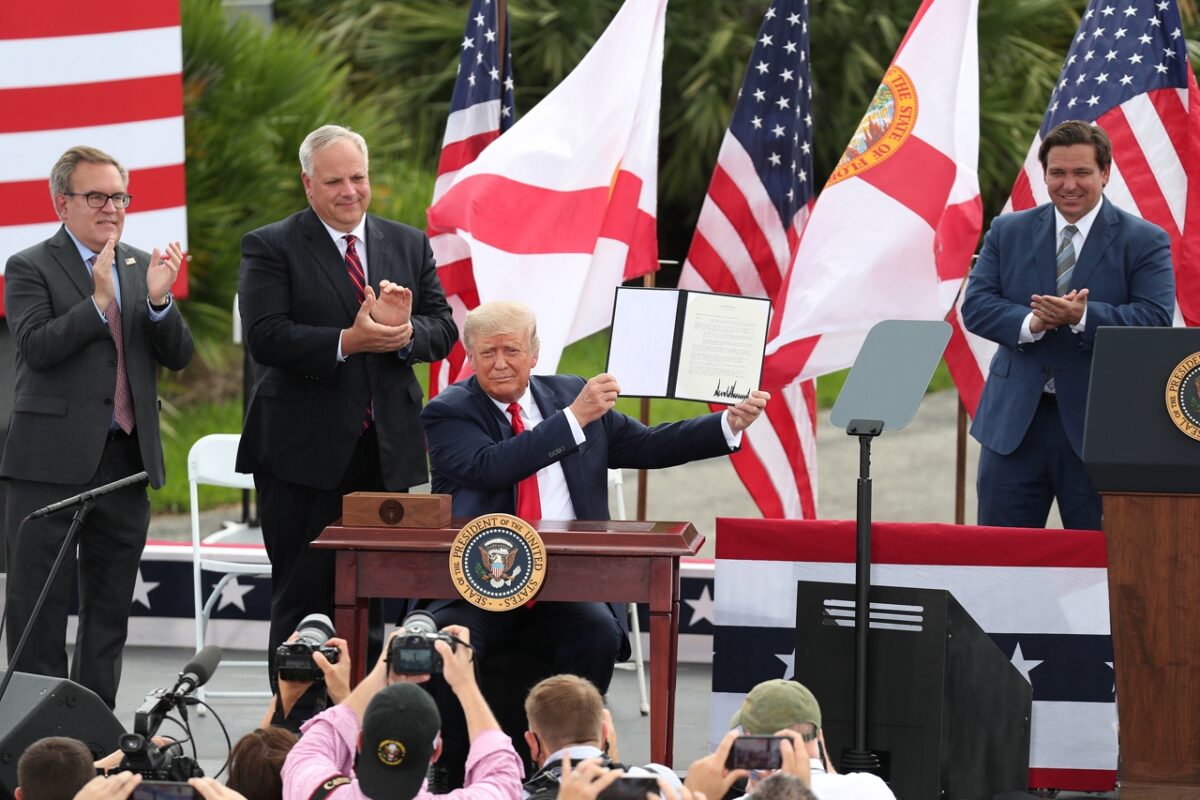 JUPITER, FLORIDA – SEPTEMBER 08: President Donald Trump holds up an executive order he signed extending the ban on offshore drilling as he speaks about the environment during a stop at the Jupiter Inlet Lighthouse on September 08, 2020 in Jupiter, Florida. President Trump announced an expansion of a ban on offshore drilling and highlighted conservation projects in Florida. President Trump faces off against Democratic presidential candidate Joe Biden for the presidency. (Photo by Joe Raedle/Getty Images) 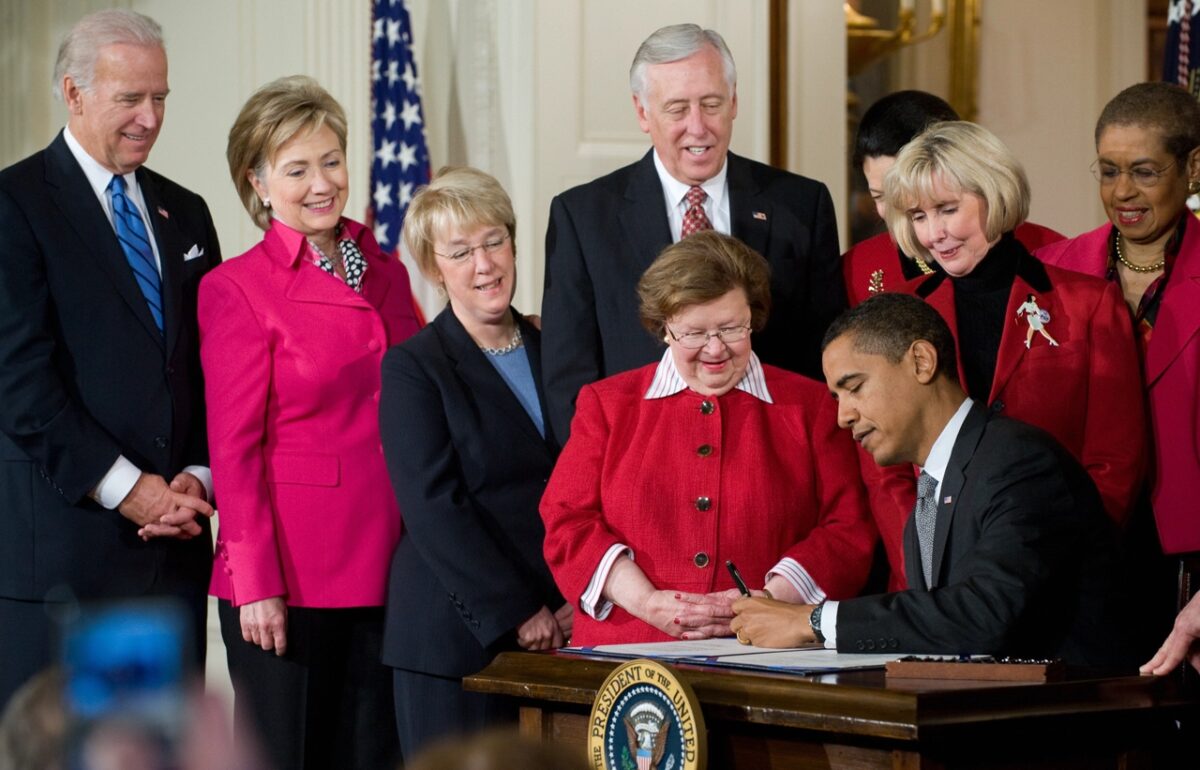 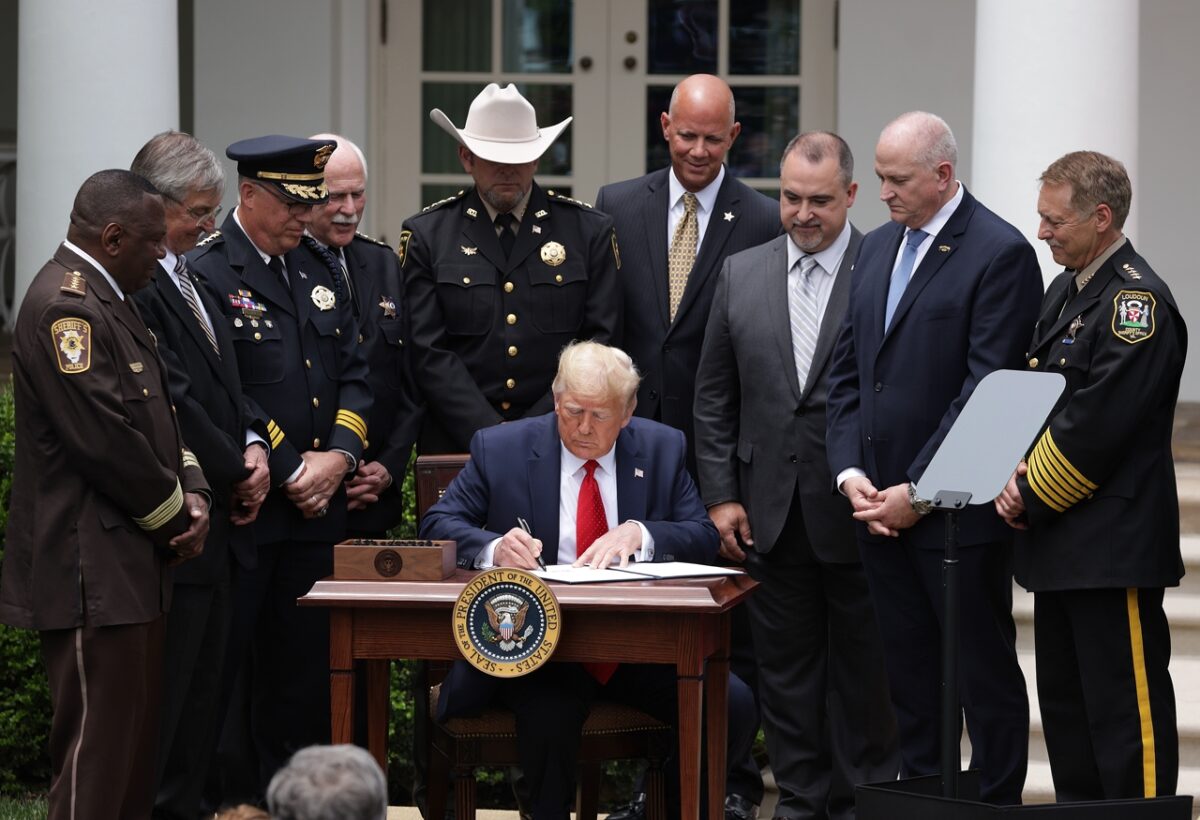 WASHINGTON, DC – JUNE 16: Surrounded by members of law enforcement, U.S. President Donald Trump signs an executive order on “Safe Policing for Safe Communities” during an event in the Rose Garden at the White House June 16, 2020 in Washington, DC. President Trump will signed an executive order on police reform amid the growing calls after the death of George Floyd. (Photo by Alex Wong/Getty Images)