NOTE: This story originally appeared on this site in early August and has been republished without edits from its original form. 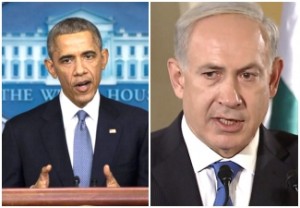 For years now, the Obama Administration has been wandering through a tortured semantic maze to avoid using the phrase “Islamic terrorism” when​ describing​ acts of terror, committed in the name of Islam. By refusing to attribute any blame to even “radical Islam” for ISIS, Al Qaeda, Taliban or Boko Haram inspired horrors — intended to create fear and terror by people who openly and publicly do so in the name of Islam — the administration seems to hope it can ​camouflage reality.

This year, from the Charlie Hedbo murders (what they called “violent extremism”) to Mohammed Abdulazeez who gunned down​ 4 Marines in Tennessee in the name of Islam (“homegrown violent extremism”), the Administration appears to have implemented uniform talking points to ensure that those speaking on its behalf are doing so with a clear and consistent lack of definition. Linguistic smoke and mirrors which require industrious effort to separate terrorism from radical Islam.

And why exactly? Press Secretary Josh Earnest claimed earlier this year it was a matter of “accuracy:”

“We want to describe exactly what happened. These are individuals who carried out an act of terrorism, and they later tried to justify that act of terrorism by invoking the religion of Islam and their own deviant view of it.”

President Obama defended the position saying: “I think we do ourselves a disservice in this fight if we are not taking into account the fact that the overwhelming majority of Muslims reject this ideology.” The President has repeatedly claimed to be seeking to prevent terrorists from dictating the lexicon: “We must never accept the premise that they put forward, because it is a lie.” ​(This a relatively new position for the President since in his 2006 book Audacity of Hope then Senator Obama openly discussed “Islamic-based terrorism” and “Islamic militants.”)

In Politico Rich Lowry characterized the effort as a lapse “into unselfconscious ridiculousness” and quite astutely mocked Press Secretary Earnest’s justification thusly:

“This makes it sound as if the Charlie Hebdo terrorists set out to commit a random act of violent extremism and only subsequently, when they realized that they needed some justification, did they reach for Islam.”

But at a relatively underreported national security forum in Aspen a week ago, Homeland Security Secretary Jeh Johnson provided some insight into this newfound orthodoxy. He began by expounding on the party line:

“[ISIS] would like to be referred to as ‘Islamic extremism’” he said, “because it therefore concedes that what they are saying and what they are doing occupies legitimately some form of Islam,” “The Muslims I know and that I’ve spent a lot of time with in this country believe just the opposite.”

Then finally in a frank and straightforward moment, Secretary Johnson moved beyond absurd claims of accuracy and confessed that the underlying motivation behind the Administration’s prattle is an effort to “build trust” among Muslims. Johnson explained that if officials called Islamic terrorism “Islamic,” they’d “get nowhere” in gaining the “cooperation” of the Muslim community. Ah, so we suspend basic rules of speech, meaning and truth in an attempt to avoid offending the overwhelming majority of Muslims who reject this radical ideology anyway? The honest answer is​, of course,​ that the Administration has been effectively terrorized into semantic submission.

But maybe I just don’t get it because I can’t truly comprehend how it would feel to have my religion tarred with loaded labels due to the actions of a remote few. Except that mine has been, and I am totally fine with it.

Last week, an 18 month old Palestinian baby was burned to death in what is presumed to have been a terror attack by radical Jewish settlers in the West Bank. The child’s parents burned over 75% of their bodies as they barely rescued their four year old son (also now disfigured) from their firebombed home. Religious graffiti found at the scene in Hebrew apparently read “revenge” and “long live the Messiah.” These are evil, twisted Jews — but Jews nonetheless. Radical Jewish terrorists? Yes. ​Jewish extremism? Absolutely. ​Either phrase entirely accurate and appropriate.

The New York Times headline on this story correctly identified the culprits as “Jewish Arsonists”, but then why won’t the Times present similar headlines for “Islamic shooters” or “Muslim Assassins?” The double standard from the Administration and certain media organizations is downright infuriating and indefensible.

“Israel takes a strong line against terrorism regardless of who the perpetrators are. I have ordered the security forces to use all means at their disposal to apprehend the murderers and bring them to justice”

But maybe most telling, The Israeli Defense Force (IDF) itself referred to the actions of those who firebombed the home of little Ali Saad Dawabsha as “Jewish terror.” Israel, a nation surrounded by anti-Semitism and hatred of Jews can call it what it is, terror in the name of Judaism, but the United States has to euphemize when it comes to terror in the name of Islam? Maybe when you have broader existential concerns as does Israel, you just can’t get bogged down in political correctness.

When an Ultra-Orthodox Jewish paper hilariously attempted to eliminate all female leaders from a picture of​ the Paris Charlie Hedbo rally, I remember feeling ashamed that that they were fellow Jews. But like it or not, they are still Jews even when they engage in absurd or sexist rituals and actions. And, alas,​ they are still Jews when they engage in horrific violence in the name of God. But the same goes for Muslims. They can be ashamed. They can speak out against the killers warping their religion. But they, and we, can’t ​and shouldn’t ​deny reality.

Mark Twain once suggested that ​“Reality can be beaten with enough imagination” — and, I might also add, with enough fear. Apparently, since many radicalized Muslims seem hell bent on destroying America, this Administration is willing to perform imaginative verbal double flips to avoid asserting truths.

Journalists in particular who pride themselves on accuracy and detail should be revolted by these double standards and transparent efforts at spin. Sometimes, as they say, reality bites but using “imagination” to wish it away can’t be the answer.