2016: The Year the Public’s Trust in the Mainstream News Media Finally Ran Out
Opinion

2016: The Year the Public’s Trust in the Mainstream News Media Finally Ran Out 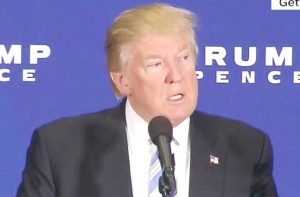 A lot has and will be written about what an insanely bad year 2016 was for anyone who wasn’t a big Chicago Cub fan, a large investor in the stock market, or a key part of the Donald Trump presidential campaign. The news media itself had a catastrophically poor year, all while being (counterintuitively, but not coincidentally) richly rewarded economically for some really horrendous work.

Like a professional baseball player who somehow gets compensated with an eight-figure contract extension after hitting a dreadful .186, the news media took the idea of failing towards “success” to an entirely new and hideous level in 2016. This year it seems almost everything in news media was 180 degrees from what it should have been, with the most of the outcomes turning out the opposite of what rationality would dictate.

In short, while we have been heading in this direction for quite a while, this was the year that the news media, probably permanently, left the gravitational pull of any sort of logical, or even fact-based, Earth.

Obviously, much, though far from all, of this occurred in the realm of the unprecedented presidential election. During the primaries, news media gave over two billion dollars of free “advertising” and soft coverage to Trump, a man they knew was not remotely qualified for the job, and who they were absolutely sure could never win.

After the media helped birth “Trumpsanity” out of boredom and economic necessity, he won both the Republican nomination, and eventually the presidency. He did so despite numerous episodes where the media appeared to attack him with viruses which would have rendered any previous presidential candidate DOA. Instead, they found out, belatedly, that they had created a monster who was almost totally immune to any of the formerly deadly diseases they could inject Trump with, and that they were virtually powerless to stop him.

While hardly a comprehensive list (that would require a book), here are just some of the examples of situations this year where Trump exposed the news media as effectively neutered:

 – He bragged about his penis size at a televised debate, and it barely even became an issue.

 – He seemingly approved of naked lesbian photos of his wife appearing on the front page of the New York Post (twice!), and hardly anyone ever noticed.

 – We learned that years ago he used aliases (John Miller/Barron) to call tabloid reporters to brag about women wanting to have sex with him and then appeared to blatantly lied about doing so when asked about it on The Today Show, and yet this never remotely became a campaign controversy.

 – His wife, in a convention speech which would be her first of any kind during the campaign, overtly plagiarized Michelle Obama’s first convention speech, Trump and his campaign at first lied about it having even happened, and yet it had no impact on the race.

 – He claimed that the American-born judge in his Trump University fraud trial (which he would later settle for $25 million) couldn’t be impartial because of his Mexican heritage, and yet, despite huge media coverage of it, it barely hurt him in the polls and may have actually facilitated a useful distraction from the seemingly devastating issues of the case itself.

 – The New York Times got evidence he has rarely, if ever, paid federal income tax, he implied the same at a presidential debate, and yet the news media was so impotent that they not only couldn’t force Trump to release his taxes, he didn’t even pay a discernable political price for not doing so.

 – Nearly every major newspaper in the country, including several major “conservative” papers, endorsed his opponent, some for the first time in many years, and yet it had absolutely no apparent negative impact on his campaign.

 – The mainstream news media declared (correctly, according to polls) that Trump lost all three general election debates, and yet he ended up doing at least as well on Election Day as what his standing was before the debates.

 – The Washington Post spent unprecedented resources on investigating Trump’s obviously fraudulent charitable foundation, found an enormous amount of damning information, and absolutely no one outside of the Beltway cared.

 – He routinely praised Vladimir Putin while also publicly encouraged Russia to hack into his opponent’s email and release them (which they apparently did), and yet the media was completely unable to make this a legitimate campaign topic.

 – When the outrageous Access Hollywood tape came out, he released a series of absurd and at best inadequate explanations and then mocked the many accusers who came forward in a way which actually suggested this was indeed his modus operandi, and yet, despite complete saturation media coverage, he ended up polling better on Election Day than he was on the day the tape was released.

Of course, during all of this, the news media, blissfully unaware of their fecklessness, and still under the delusion that years of “media malpractice” hadn’t stripped them of their superpowers, continuously predicted (as did I) that Trump would lose. So while they thought that they were doing their (very belated) duty as the “fourth estate” to stop someone unsuited for the office from becoming president, they were completely unaware that a wave of totally fake news on the Internet was having at least as much impact in the opposite direction.

As a result of this modern hyper-fragmented media world where everyone can easily create their own news bubble where only stories they like are allowed to penetrate, fake news had enormous influence on the public’s view of “facts” and what actually happened in the election. Somehow, 52% of Republicans now think that Trump won the popular vote, while the exact same percentage of Democrats believes that Russia directly manipulated the actual results to help Trump win.

There is simply no greater testament to how/why the news media has lost their credibility than the fact that the electorate is so pathetically ill-informed.

However, this phenomenon is hardly relegated to the realm of politics. This year saw many other prime examples of how we got to this sorry state of affairs. Here are just a few from this year with which I am particularly familiar:

 – The news media universally jumped all over an obviously absurd/fraudulent story about O.J. Simpson’s murder weapon having been found at his long-since abandoned home. This false story got huge traction primarily because a TV series on the case was popular at the time. The coverage of this non-event got so ridiculous that the president of the United States actually rightly mocked it.

 – Similarly, only with far more damage done, the news media rushed to report, with zero skepticism or legitimate follow-up, that now deceased Penn State football coach/legend Joe Paterno had been told of Jerry Sandusky’s crimes in the 1970s and actively covered them up. This allegation was based on nothing but one line written in a barely related insurance case. The devastating assertion, about a dead man, was reported everywhere as “true” despite there being no factual evidence nor even basic logic to support it. Having investigated the case more thoroughly than anyone, I can say with great certitude that the stories which began this chapter of the entire fiasco are obviously false and easily explained.

 – One of the most “viral” stories of the year was that of a Tennessee Santa Claus who supposedly granted a five-year-old boy his final wish and cradled him in his arms as he died. The story was not even remotely vetted by the local newspaper which reported it, and it was quickly shot full of holes. The Santa then implausibly changed the date of this highly suspicious event to the way-too-early period of “mid-October,” and everyone just decided to just pretend that it either did, or didn’t really happen, depending on what makes you feel better (which is just SO “2016”).

 – A flood of television specials came out well before (Christmas is a lousy time to get ratings for a show on a child getting murdered) the 20th anniversary of the killing of Jonbenet Ramsey. Most of them were recklessly inaccurate, but none was as outrageous and ludicrous as the two-part CBS series which concluded that her brother Burke (who was extensively questioned that day, before the body was even found, by police and completely eliminated as a suspect) did the killing.

The bottom-line reality is that the news media didn’t lose the public’s confidence overnight. The destruction of the media’s credibility has been in the process of happening for a very long time (pretty much since the advent of overnight television ratings) and is extraordinarily well-earned. 2016 was simply the year in which the gas tank of trust finally hit empty with a large enough group of people for the consequences to start getting very real.

My sense is that that we may only just be beginning to see the impact of this devastating development.

John Ziegler, who has worked as a pollster, is a nationally-syndicated radio talk show host and documentary filmmaker. You can follow him on Twitter at @ZigManFreud or email him at [email protected]