A Bizarre Fictional Character Accurately Predicted the Election. Its Creators Explain How.
Opinion
"The Dig"

A Bizarre Fictional Character Accurately Predicted the Election. Its Creators Explain How. 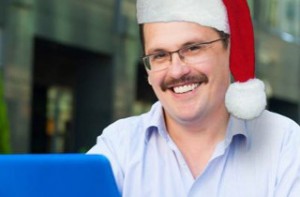 Carl “The Dig” Diggler is the Chief Beltway Hack for Cafe.com. He has written candidly of his struggles with a corrupt family court and his battles with a catalogue of physical ailments (among which he lists “Hellenic Inner Ear Syndrome, Hapsburg Diarrhea, Leaky Back Disorder”). But in one aspect of his life he is an unalloyed success standing out proudly in a field of failures: The Dig has predicted the election results with stunning accuracy.

But what separates The Dig from the rest of the data journalists and political pundits— aside from his remarkable track record — is the fact that he is a fictional character created by Virgil Texas and Felix Biederman.

In an op-ed for The Washington Post, entitled “Our fictional pundit predicted more correct primary results than Nate Silver did,” Texas explains how there is no such thing as bias-free “empirical” journalism, and why all the statistical modeling in the world wasn’t able to track or quantify the raw outrage fueling this election.

Carl exists to satirize all that is vacuous, elitist and ridiculous about the media class. From his sycophantic love of candidates in uniform to his hatred of Bernie Bros, from his reverence for “the discourse” to his constant threats of suing the people who troll him on Twitter, Carl is predicated on being myopic, vain and — frankly — wrong.

But something funny happened along the way. Biederman and I, who are neither statisticians nor political scientists, started making educated guesses for our parody about the results of the primaries. And we were right. A lot.

The fun started right after Iowa, when Diggler accurately predicted Clinton’s victory over Sanders and the precise lineup on the GOP side. (“Sorry, Natey Boy, looks like no equation known to man can equal gut instinct,” Diggler wrote to Nate Silver in his victory lap post.)

“Maybe a more subjective form of analysis, such as going out and listening to voters, would have understood their passions better than the data journalists’ models,” Texas offered in his WashPo piece. Not that Diggler ever writes with much sympathy for the plight of the American voter. In fact, each prediction article is more or less just an opportunity for Texas and Biederman to thrash a state’s electorate.

Trump has the endorsement of legendary college basketball coach Bobby Knight. Knight’s famous temper — he physically beat his players, attacked fans, and once threw a chair onto the court after an argument with a referee — has long appealed to the emotionally unstable folks who make up most of the Indiana Republican electorate.

[…] Trump understands and appeals to these angry hotheads. By contrast, Cruz can’t get his foot in the door with his “ah, by your fallacious logic, sir” style of campaigning

Or calling Cruz’s win in Wisconsin:

My official call relies on a modified version of the Diggler Southern Racial Voter Theory. Now, Wisconsinites are mostly a simple people. They eat their three lunches, kiss their often enormous children on their often featureless faces, and go to church so they can pray for the 2 Broke Girls. But football causes a change in many dairy people’s brains.

You see, pigs actually change into a different species when they’re released in the wild. Their fur grows. Their teeth become sharper. They become faster, and less docile. The same thing happens to Wisconsinites when football is in question. Their blood oath to the Packers is their lifeblood and currency. They hate Chicago, New York, and every other city that opposes their prophesied path to the Super Bowl trophy that will usher in a 1,000 year blood reign.

These people see Ted Cruz as one of their own due to his dairy-like skin and hatred of big Northeastern cities, and they see Donald Trump as a vicious enemy of their way of life. And these pigs are about to morph in the voting booth.

“The success of two amateurs writing a fictional pundit who relies on ‘gut’ and bogus ‘racial science’ highlights the collapse of the expert prognosticators this year,” Texas wrote in his op-ed.

Speaking to International Business Times‘ Brendan James back in March, Biederman was even more blunt about their method: “What we go by is, like, personal hate of a candidate, the broad prejudices of their voters, anecdotal experience, and sexual pathology.” (Biederman is one of the co-hosts of the podcast Chapo Trap House — profiled here — and he voices Diggler when he makes the occasional “appearance” on the show.)

The Dig’s personality “grew out of the craven inanity and absurd self-importance you see in the worst ‘wonks’ and horserace pundits, but we exaggerated it to make him as much of a clown as we personally saw these people,” Biederman told Mediaite. But rather than stop at parodying well-known pundits, Biederman and Texas developed a backstory for the character, a richly detailed canon of old grudges, failed loves, his “round son” Colby, and deep-seated family struggles, which inevitably inform Diggler’s political philosophy. In other words, if you want to know how this nation is going to vote, you could do a lot worse than rely on assumptions about human nature gleaned from a batshit American picaresque like The Dig’s biography.

The response, Biederman says, has been remarkable.

“There are Trump fans who love Dig, there are liberal baby boomers who seem to know the entire storyline by heart,” he said. “There are huge media figures who are engrossed in the entire Dig vs. FiveThirtyEight saga. There are Bernie people who jab at Carl’s shortcomings as a man. There are even grandmothers who can’t read enough Carl columns. It’s sort of beautiful, that every[one] has come together to enjoy this weird character we made and cheer him on.”

As Diggler put it: “If only being a pundit were as easy as being a good dad.”