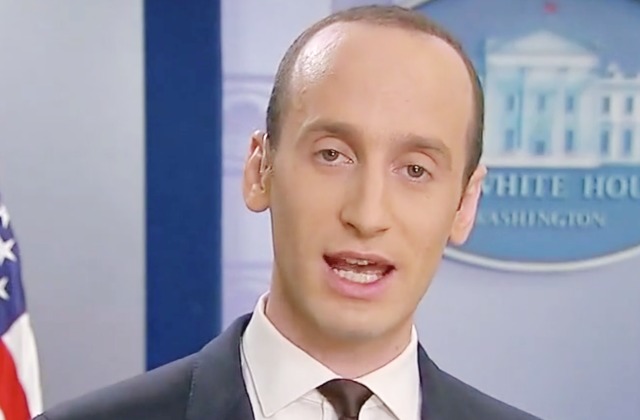 CNN’s Chris Moody wrote a compelling essay about his adolescent interactions with Donald Trump‘s senior adviser Stephen Miller. At the age of 16, they both attended “Boys State,” a summer camp where they had to create a government from the ground up. The essay appears in the inaugural edition of STATE, a digital magazine produced by the CNN Politics team.

Knowing what you know about Miller — namely, that he is decisive and confident, but also that he gets roundly criticized for messing up following his actions and proclamations — does it surprise you to learn that he won his fellow campers’ trust with a rousing, shouted speech about how boys in other “counties” weren’t to be trusted or cooperated with so much as dominated?

According to Moody, who you may remember from his work with the #MyVote camper we showed you last fall, Miller had a decisive plan to spy on other campers using a “black ops” force, effectively making his platform one of “us vs. them.”

Miller won the other boys’ votes too, and was given a seat on the Board of Supervisors. Not long after that, he got angry during a meeting a flipped a table Real Housewives-style.

But looking back all these years later, maybe things weren’t quite what they seemed. It’s possible that Miller’s shtick that week — the charismatic speech, the “black ops” talk, the table flip — was all part of his plan to simply “win the game” by being elected to something at Boys State and make a name for himself.

If you think reexamining old stories about Miller and other administration heavy-hitters from the campaign trail is enlightening, this story about the high school-aged version of the provocateur should keep you captivated all weekend.