A Couponer’s Take on Groupon and Digital Deals

A Couponer’s Take on Groupon and Digital Deals 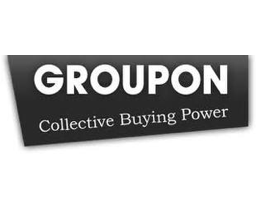 I like coupons. Actually, I hate coupons because they’re so much work, but I love saving money. I find coupons in every form possible, including printables and online. I break into a cold sweat at the thought of paying full price for anything, so I’ve been really interested in the new wave of digital deals like Groupon and similar local sites.

While they do things a little differently, I don’t think Groupon is really a new concept, since long before Groupon was a glimmer in the eye of its founders, Restaurant.com was quietly doing its thing. I’m a big fan because it’s relevant to our needs and we can feed the family for cheap with their certificates. Plus, I’ll do anything to get out of cooking dinner. Restaurant.com has been around since 1999, so it’s interesting how long it took for sites like Groupon to start popping up.

One can’t escape the daily barrage of Groupon stories in the news lately. The folks at Groupon managed to convince a lot of people they’re the next big thing, because everyone wants to buy them and they recently raised a whole lot of venture capital. Blogger Dean Collins wondered whether Groupon could be the next Pets.com of their time. If you’ve never heard of Pets.com, I rest my case. I’m by no means an expert, but I share that view. I think Groupon has bitten off more than it can chew and it’s only a matter of time before it chokes.

As a couponer, I like Groupon for the most part, and I have used it from time to time for family activities and restaurant deals, but I don’t view it as something I can’t live without. The concept is great — localized deals on things for which there aren’t normally paper coupons — but I don’t need spa treatments and yoga lessons often. Or ever. I fell into the trap early on, but now I’ve learned to take a pass unless it’s a great discount on something I know I’ll use. My goal is to save money, and purchasing luxury or unnecessary services just because it’s discounted negates that goal. The American public is becoming more frugal, and I suspect that after enough people start purchasing coupons they’ll never get around to using, they’ll stop buying them. I know this from my own pile of unused coupons. Coupons I paid for. It makes be want to gag. It’s also what Groupon and its vendors are counting on. Who comes out ahead when I buy a discount that I never get around to using?

Speaking of never using these discounts, don’t ever give one as a gift. I mean it. Whoever decided a Groupon would make a great gift was smoking crack. Yet people do it. If you’ve ever gifted a Groupon, you should know the recipient thinks you’re a cheap schmuck. No matter how well-intentioned, no one want to help pay for their own gift. I hope that friend who once gave me a coupon as a Christmas gift never reads this.

Lori lives in the greater Cincinnati area. She’s a stay-at-home mom of two girls while her husband works to pay off her two college degrees. When not changing diapers or sorting coupons she can be found tweeting as @LoriNKY or blogging at Mish Mash Momma. She really, really, really likes coupons.