A Letter of Thanks from Hamas to the Media
GUEST COLUMN

A Letter of Thanks from Hamas to the Media 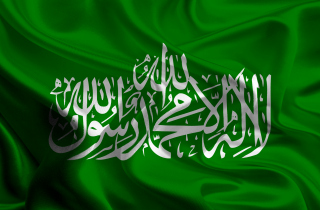 Editor’s note: This article originally appeared at the Algemeiner.

Dear Members of the Mainstream Media,

You’ve been awesome! Everyone knows that we start unwinnable wars with Israel because the real victory happens when you predictably side with us each time. And you’ve been so supportive of our strategy that we really want to acknowledge your helpfulness. In particular, we thank you for:

– Focusing so much more on our suffering than anyone else’s. Nigerians must die in far greater numbers before you take notice, so we’re glad that you value our lives so much more.

– Minimizing your coverage, if any, of our attacks that led up to Israel’s military response and generally providing so little context that outsiders think that Israelis kill Palestinians just for fun. We’re especially grateful to the French media for this. Their distortions of the conflict are so one-sided that they incite Muslims across France to attack Jews and synagogues, and that is welcomed by our anti-Semitic worldview (although, unfortunately, such attacks remind everyone why Jews need a state).

– Emphasizing our civilian death toll without explaining that (1) our casualty reports are hasty and inflated, and (2) we maximize that total by using Palestinians to shield our weapons and by urging them to stay in the very areas that the IDF – in its annoying effort to minimize our civilian deaths – warns Gazans to evacuate.

– Never mentioning the fact that if we could kill millions of Israelis, we would (after all, our charter calls for Israel’s destruction). Just as the 9/11 hijackers made the most of what they had but would have liked to kill far more Americans (for example, with the help of WMD), we too would love to kill far more Israelis. Indeed, we have purposely targeted Israel’s nuclear reactor on several occasions, with that very goal in mind. Fortunately, you never highlight the genocidal intent behind our attacks when mentioning Israel’s “disproportionate” response.

– Never calling us jihadists even though we persecute Christians (like the ISIS, which just compelled Mosul’s Christians to convert to Islam). The forced conversion, expulsion, or murder of Christians and other religious minorities by Islamists has been happening for millennia, as assiduously documented in Crucified Again, but such historical context is thankfully absent from your reporting on our conflict with Israel.

– Downplaying how bad we are for Gazans by not reporting on, for example, our attack on the very Israeli power station that provides electricity to 70,000 Gazans. Thankfully, you also ignored how the Israelis — in their stupid display of goodwill — exposed their workers to the perils of our rockets so that they could restore power to Gaza.

– Minimally reporting on our corruption, unfair wealth, or vast expenditures on tunnels to attack Israel while ordinary Palestinians grew poorer.

– Overlooking how –- to maximize Palestinian deaths –- we store our missiles in an UNWRA-run school and how, when UNWRA finds out, they just hand us back our missiles.

– Disregarding Arabs who have the courage to critique us — like Dr. Tawfik Hamid, an Islamist-turned-reformer who blames Palestinian suffering entirely on us.

– Ignoring Israelis’ humanitarian folly in providing medical aid to the very terrorists trying to kill them.

– Failing to acknowledge Israel’s immense restraint. Had we been fighting Syria’s Assad regime, by now Gaza would have been flattened – devastated by barrel bombs, poison gas, and other attacks that are far more indiscriminate than Israel’s intelligence-directed strikes. And of course, if Syria were killing us, you’d hardly care. But luckily, we’re dealing with Israel –- that country that everyone loves to hate –- so we can count on your helpful coverage here.

– Omitting how Israel chose to sacrifice dozens of IDF soldiers when destroying our tunnels and weapons in densely populated areas like Shejaiya because doing so with airstrikes (which risks no soldiers) would have killed many thousands of Palestinians. Your friendly omission of such crucial facts reminds us of how wonderfully you covered Jenin in 2002, when (again) –- rather than praise Israel’s humane but costly decision to use ground troops rather than airstrikes – you very helpfully and falsely accused Israel of a massacre during another IDF operation to stop Palestinian terrorist attacks on Israeli civilians.

– Not sharing with your English readers what we openly say in Arabic: that we view any truce as just an opportunity to rearm for our next war against Israel (as our spokesman, Musheer Al Masri, recently declared on TV).

– Not underscoring that Israel can do nothing to make peace with us (after all, Israelis ended their occupation of Gaza in 2005 and we’ve been rocketing them ever since). It’s a bit nervy of Israel to use its border controls to limit our ability to rearm and rebuild cross-border attack tunnels, but – with your help – maybe the next cease-fire will remove Israel’s blockade so that we can more easily replenish our weapons and restore our tunnels for our next attack. And yes, we’re embarrassed that our fellow Arab Muslims in Egypt also choose to blockade us because of the problems that we’ve caused them.

– Not reminding readers, when you mention potential truce arrangements, that world powers are no more capable of ensuring a demilitarized Gaza than they were capable of disarming Hezbollah in south Lebanon.

Seriously, you’ve been AMAZING. Please keep it up!

P.S. — Many thanks also to the countless protesters around the world who follow your lead, embolden us, and make us look legit!

— —
>> Noah Beck is a columnist for the Algemeiner and the author of The Last Israelis, an apocalyptic novel about Iranian nukes and other geopolitical issues in the Middle East.