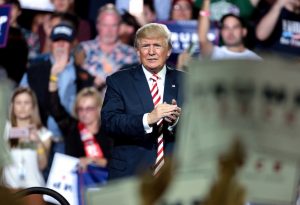 Lately, we’ve been talking so much about the Inauguration of Donald Trump. There have been so many questions. Will the Rockettes perform? (Only if they want to!) Will Rebecca Ferguson, Charlotte Church, Elton John, Paul Anka, KISS, or Jennifer Holliday perform? (No.) Will any A-listers perform? (No, definitely not.) Is it going to be an out-of-this-world experience? (You could say that!)

The question we haven’t been asking, though, might be the most important: is this the all-consuming American touchstone moment we think it is here inside the media and politics bubbles? (Nope.)

A new Pew Research Poll found that 51% of Americans don’t even plan on watching the spectacle unfold.

In keeping with that, Pew’s announcement of their findings mentioned this:

So, does it really matter that Toby Keith is performing, for better or worse, after all?