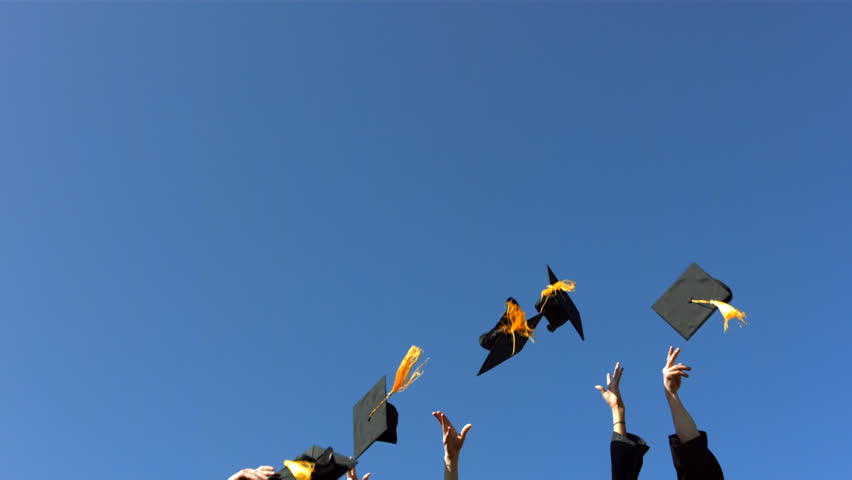 Since we are at the height of college graduation ceremonies, and the supposedly inspiring celebrity commencement addresses which highlight them, it seems like a good time provide one for the many graduating seniors who hope to go into the media business on which this website is based. Since commencement speakers are chosen based on the perception that the person giving them has “made” it (and therefore has a necessarily optimistic view of what is possible), these speeches tend to be inherently naïve, if not Pollyannaish, about the basic realities of life.

As you will see here, my imagined message, from the standpoint of a person who will never “make” it in the eyes of the media establishment, does not suffer from the same fundamental flaw.

Dear journalism/media graduates of the class of 2018…

Congratulations on your graduation. You now have skills which, for the majority of you who will never be able to find gainful employment in the elite news media, are basically worthless… though rest assured that you can now always count being better than average at Twitter. Your 673 followers will surely be very appreciative of this.

Now, some of you, at least those not looking to work at a newspaper, will be probably be able, assuming you are willing step over a dead relative to do so, to eventually find decent jobs in the media. This pursuit will be far easier if you are attractive. It’s also easier than it’s ever been if you are a female who also happens to be part of some identifiable minority group.

As for straight white males, I have some very bad news. You are about a generation too late.

Yeah, thirty years ago it was a cinch for a young white straight male to find a good job in the mainstream media, but today, all of that has changed. Unless a direct family member or close friend owns a media company, has some sort of leverage over someone who does, or is at least famous in their own right, your options are pretty sparse. You might even be limited to the “conservative” media. In other words, if you don’t love Donald Trump, you better learn to fake it (come to think of it, you should all be rooting for Trump to stay president for as long as possible, because the moment he leaves there will be massive layoffs in the news media).

Putting aside your employment prospects for a moment, you need to fully understand why you want to pursue a career in the news media to begin with. Now, this used to be a fairly simple equation… most people who desired a career in journalism did so because they wanted to report the truth in order to make the world a better place. But those days are long gone.

Now that celebrity and popularity have replaced truth and substance as the “coin” of the media realm, so have the motivations of those of you who want to work in this arena. Now it seems like the majority of you want in on this because it appears to be the easiest way for educated people who are not drop-dead gorgeous to become at least somewhat famous and a little bit rich.

If this is your goal, then I strongly urge you to not care about the truth. There is no greater impediment to career success in the modern media than to care deeply about telling unpopular truths, especially those which go against the narrative accepted by the rest of the news media. Unless you are Ronan Farrow (who gets a “famous family” exemption), you cannot go outside the herd without eventually getting run over by it.

Conversely, if you are one of those idealists who still cling to the antiquated idea that real journalism still exists, or that the purpose of the news media is to tell the truth, you need to make a significant decision. Either you can very carefully choose which “truths” you intend to tell (meaning that they must be perceived as defending some entity which is universally accepted by your target audience–and ideally the rest of the media–as aggrieved, and tell a story which makes large groups of people feel better about themselves) and have a decent shot at “success.” Or, you can simply go where the truth leads you, popularity be damned, and, barring a miracle, eventually your career will crash against the jagged rocks of reality.

Based on today’s distorted value system, as sad as it is to admit, I strongly urge you to take road number one.

It is also important to note that those of you who have the pursuit of fame as a large part of your motivation for going into the media, specifically you men, now have another important element to consider. If you badly want fame, this probably means that you desire it, at least in part, so that you can be more attractive to romantic prospects

In the news media, especially for those in television, this used to mean that you would end up in intra-office romances. This was natural because fellow media members were usually the only people in your circle who were of the same level of attractiveness and social class who shared the similar interests with you.

The good news for you ladies is that it looks like you no longer have to endure being sexually harassed by men whose media fame has deluded them into thinking they are far more desirable than they really are (or worse). The bad news for you guys is that an intra-office, or even intra-industry, romance is simply no longer worth pursuing, no matter how sincere your intentions.

In the current environment, this pursuit is like walking a on a tightrope across two tall buildings on a windy day so that you can simply get across the street. In other words, the risk is just no longer worth the potential reward. I strongly suggest that you avoid this path at all costs.

My intention is not to cause depression on this day of celebration, but rather to properly prepare you for the some of the many challenges you will face as you attempt to navigate the perils of the modern media world. Eventually, you will want to thank me for this advice, though you probably won’t actually do so.

Good luck to all of you. You will need it.