‘A Very Nice and Decent Person’: Twitter Mourns the Death of Alan Colmes

‘A Very Nice and Decent Person’: Twitter Mourns the Death of Alan Colmes 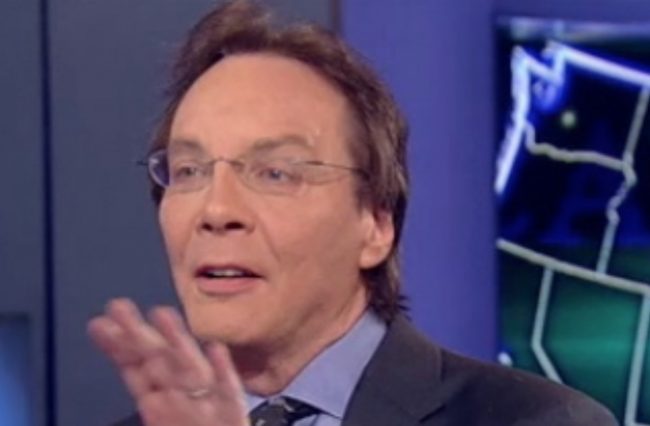 Twitter is seeing a significant outpouring of grief today over the death of veteran broadcaster and Fox News commentator Alan Colmes.

Fox announced the news on Thursday morning, which comes a month after Colmes said he was taking a break from the network due to health reasons. The network said that Colmes’s death came after a “brief illness,” and Fox gave tribute to his lifetime of accomplishments in a segment narrated by Colmes’s old conservative sparring partner, Sean Hannity.

News of Colmes’s passing immediately took off on Twitter, and there were expressions of sadness and loss from a wide variety of pundits and media figures:

Oh, no! That’s tragic. A really nice person who made a profound contribution to the national political dialogue. Condolences to his family. https://t.co/XwBhvmKQcY

Sad to learn about @AlanColmes passing. A very nice and decent person.

.@AlanColmes was a kind and often hilarious man. I enjoyed debating, but personally liked him even more. I will miss him. RIP.

So sorry to hear about the passing of Alan Colmes, who was always so kind and generous to me.

Goodbye to Alan Colmes, a generous and wonderful man who was the first to fight the good fight on FNC.

So sad to hear of the death of Fox News colleague Alan Colmes. He and I agreed on little, but I liked him immensely. Good guy. R.I.P.

Very sad to report our friend and colleague @AlanColmes has passed away. Alan was one nice, happy bright light. RIP AC.

Way back in the day, I booked and produced guests at Fox News–I had honor to work for @AlanColmes, who was sharp, smart, and kind. RIP

Very saddened by the news of @AlanColmes‘ passing. We’ll miss your quick wit and kind heart, my friend.

Remembering @AlanColmes who passed away at 66, a funny, smart, passionate broadcaster who was beloved by all. Rest In Peace, Alan

RIP @AlanColmes. Shock. While is disagreed with him on many things he was a good and decent man. Indeed, all that matters in the end.

Awful news. A very kind man. Fox says he passed away after a brief illness. https://t.co/EACLNZj37I