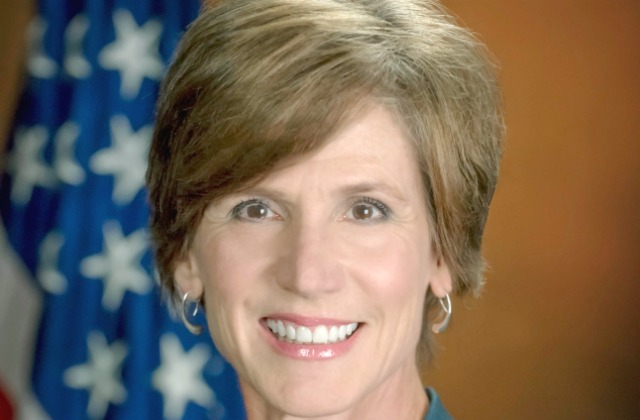 Sally Yates, the current acting Attorney General (and a holdover from the Obama administration), has instructed the Department of Justice not to defend President Trump‘s executive order causing outcry over the past few days.

Multiple reports tonight say she instructed the DOJ not to defend the executive order, in response to the legal challenges already underway.

In a letter obtained by ABC News, Yates says “for as long as I am the Acting Attorney General, the Department of Justice will not present arguments in defense of the Executive Order, unless and until I become convinced that it is appropriate to do so.”

She says in the letter she is not convinced that Trump’s executive order is lawful.

The Senate is set to vote on the nomination of Trump AG nominee Jeff Sessions this week, but after the executive order this weekend, many Democrats are stepping up to fight against his nomination.

You can read the full letter here: