After A Fake Twitter Fight, Michelle Malkin Has A Real Fight To Prove She’s Not “Stupid” 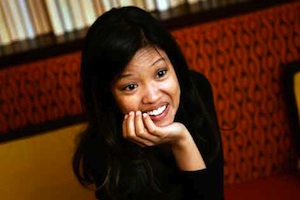 When Rahm Emanuel won his campaign to be mayor of Chicago yesterday, many people were curious to hear the reaction of his former boss, President Obama. Many other people, though, were curious to hear the reaction from @MayorEmanuel, the foul-mouthed fake Twitter persona that’s become so popular that the real Emanuel offered a “$2,500 or $5,000 personal contribution” to charity for the writer’s identity. Sure enough, the Twitter feed delivered last night, entertaining many…including Michelle Malkin who ended up getting in a joking fight with the fake Emanuel. However, this morning, she’s ended up in a real fight trying to prove she knew it was a joke.

It started when Malkin tweeted this:

The Fake Emanuel then responded with this, in character, tweet:

Malkin played along, responding with this:

Unfortunately, the problem with Twitter is that it’s sometimes hard for people to see a full conversation. So, this tweet got retweeted and quoted everywhere with the implication being that Michelle Malkin was cursing out what, in essence, is a fictional character. Soon enough, Malkin was spending the next few hours trying to prove she can tell what a joke is.

It’s similar to the problems people (especially Conservatives) face when they go on a show like The Colbert Report. How do you react to someone you know is a parody? Do you play along and try to take them at their word? However, in that case, guests only risk looking unfunny (something anyone standing next to Stephen Colbert is at risk of) while poor Malkin has to deal with half the Internet collectively chuckling at how stupid she is. And she was just trying to have a little fun.