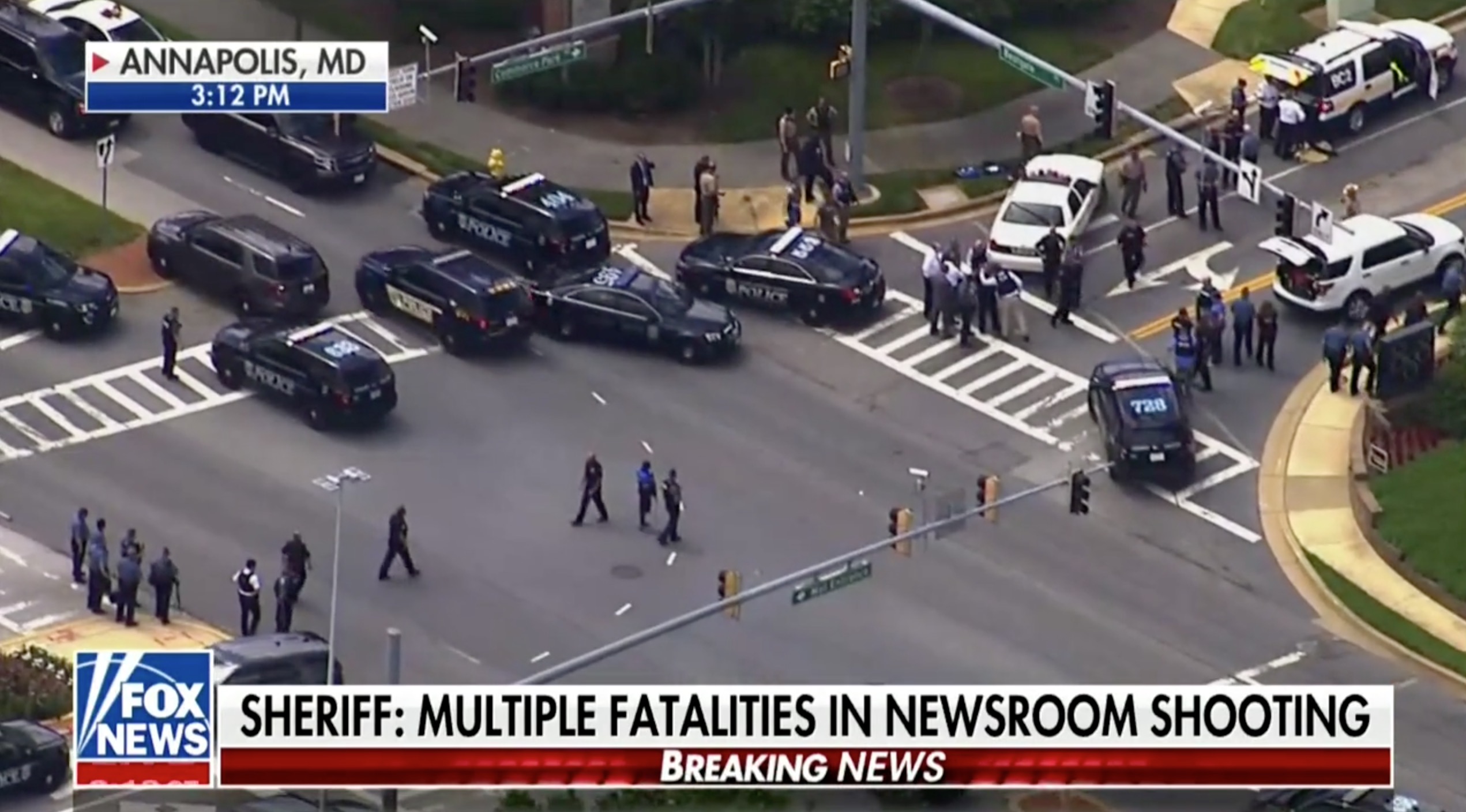 Following Thursday’s deadly shooting at the Capital Gazette in Annapolis, MD, one reporter asked the Trump administration to comment on its typically anti-press stance.

“There is no room for violence in our country,” White House spokesperson Lindsay Walters replied, according to Voice of America’s Steve Herman.

“There is no room for violence in our country,” responds @LWalters45 when asked by reporter on Air Force One about @POTUS frequent harsh comments directed at media.

Walters also told The New York Times‘ Eric Lipton, “Our thoughts and prayers are with all that are affected,” echoing President Donald Trump‘s tweet after the massacre unfolded.

From the White House, re shooting at Maryland newspaper: “Our thoughts and prayers are with all that are affected,” said White House spokeswoman Lindsay Walters to pool reporter traveling with Trump.

At least five people were reportedly killed when a gunman entered the building, shooting through a glass door to get to employees inside.

The president has yet to offer any comment other than his tweet, declining to respond to reporters at the White House as he returned to his office there.