Al Sharpton: After Gun Control, We May Have To Deal With Knife Control
audio

Al Sharpton: After Gun Control, We May Have To Deal With Knife Control 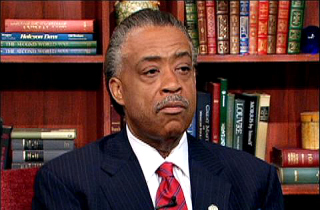 Once we’ve finished regulating firearms in America, according to Rev. Al Sharpton we may have to consider knife control.

On his radio show last week, the MSNBC host and outspoken gun control advocate said: “In any civilized society you do not see massacres continue to happen, from Tucson to Aurora to Columbine to Virginia Tech to where we are now in Newtown to Chicago and you keep the same laws when clearly they’re not working.”

Echoing the commonly-made argument that when guns become too difficult to obtain for even the most determined criminals, they will find other means of violence such as knives, a caller asked: “What happens when the criminal goes to knives, Al?”

What is particularly specious about this argument is the assumption that simply “dealing with” weapons via legislation is going to end violent crime associated with that item. Just as with illicit drugs, people determined to get their hands on the product will find a way, regardless of the law. The same economics apply to any product forced into a pseudo-black market by government rules.

The caller’s instinct was correct, and Sharpton’s response was quite telling of his faith in government power. The follow-up, however, should have been: Okay, but after we deal with guns, and then knives, then what? We’ll go all the way down the line until any item used in a flurry of violence is “dealt with” by government?