Last week the National Rifle Association’s CEO Wayne LaPierre officially tried to protect the Second Amendment by pointing the finger at the First Amendment. Instead of offering up any articulation of how prohibition of any type (guns, drugs, etc.) doesn’t keep the goods out of the hands of criminals … or any defense of gun rights in general … LaPierre went after the culture war’s favorite targets: “blood-soaked” films, entertainment culture, and… violent video games.

LaPierre cited classic bloody games like Mortal Kombat and Grand Theft Auto, but also went after cheaply-made, barely-known browser-based games like Kindergarten Killer, which was likely included in his list for its name alone, regardless of how little attention anyone paid to the game upon its web-release… ten years ago.

But this whole video-games-cause-mass-shootings idiocy reminds me of the fun little fact that the National Rifle Association has produced at least three video games in the past, including NRA Gun Club, NRA High Power Competition, and the stereotypically-named NRA Varmint Hunter.

I need to tell my girlfriend to scratch my entire shopping list last-minute. I want these games now. Why? Because much like my affinity for Tommy Wiseau‘s so-bad-it’s-good classic film The Room, I enjoy crappy games for the novelty. And these games pass the bar.

Apparently the NRA is even worse at producing video games than they are at defending the Second Amendment. Let’s take a look. 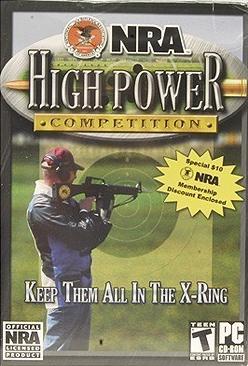 The title itself should reveal that it is terrible. But the primitive graphics, despite being from 2006, seal that deal: 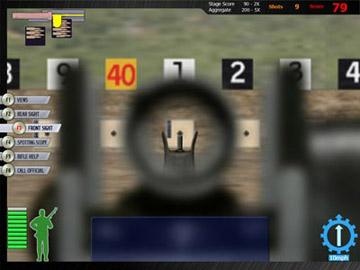 The game was so non-received that it’s tough to find any official reviews, but most “user scores” seem to rank it in the “bad” category. Part of the game seems to involve spending time at your “reloading bench,” cleaning and powdering your weapon while deciphering what the weather will mean for the competitive shooting match. 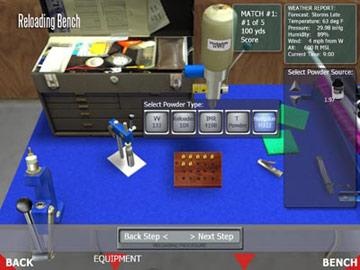 Sounds (and looks) delightfully dull. And it begs the question: if you enjoy the more mundane details of gun ownership, why would you play this PC game instead of, you know, going to an actual shooting range?

And then there’s NRA Gun Club, which GameSpot called “abysmal” and “Absolutely pure in its devotion to awfulness.” Ouch. Released on PlayStation 2 in 2006, the game’s graphics were described as “ugly” and “stupid.” But just look at that sexy cover art: 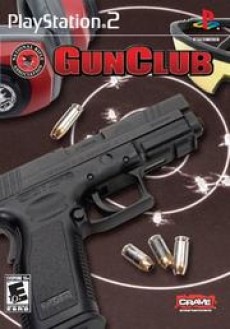 “This is the sort of hastily slapped-together game that should have been a free bonus for subscribing to the NRA newsletter or something,” wrote GameSpot. 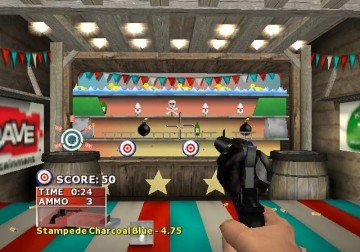 The brutally continued: “It’s disgustingly ugly, nearly silent, and shallow in a way that will put off anyone, whether a firearms enthusiast or not.” Ouch. I need to experience this awfulness.

And then there’s the best (worst) of them all: NRA Varmint Hunter. Not only did IGN give it a 1.0 out of 10, and call it “a facial performed by a living urinal,” but G4TV dedicated a whole TV segment to tearing it apart, replete with hosts donning fake mullets. 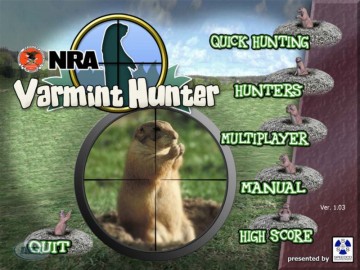 The best part of this game is that you shoot at tiny prairie dogs… with high-powered rifles. In other words, it’s like firing a bazooka at a deer — pure, unabashed overkill. And the varmints are cuddly and don’t go pop when you shoot them, instead they go flying into the air… without a hint of blood: 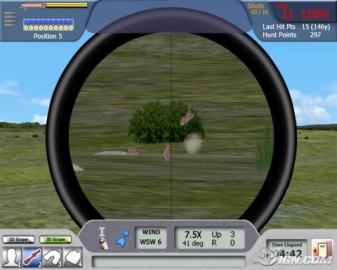 And aside from killing cute creatures, you spend an awful lot of time… reloading. First you select cartridge type, then you select the bullet box, then you select a powder container, which then enables you to select which particular powder you want to load into your weapon, and then select the seating depth of the bullets. And then you click… and click… until you are fully reloaded. Fun!

All in all, perhaps the NRA was onto something with these games. It seems as though Varmint Hunter, et al, could play a crucial role in reducing gun violence: