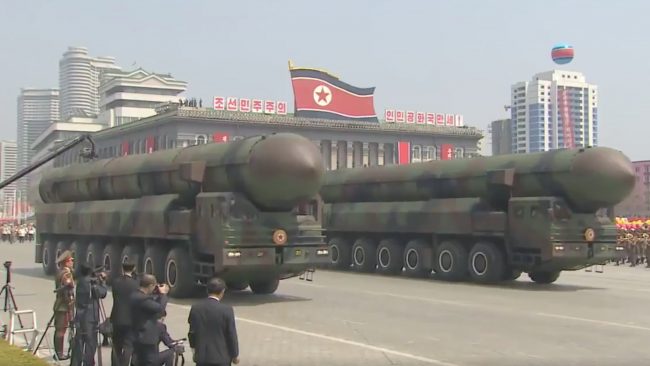 A foreign minister for North Korea says that the nation will remain defiant of international pressure, and keep testing ballistic missile technology as it sees fit.

The BBC spoke to Vice Foreign Minister Han Song-Ryol in Pyongyang, who said “all out war” is possible if America continues to be “reckless enough to use military means” and interfere with their nuclear ambitions.

“We’ll be conducting more missile tests on a weekly, monthly and yearly basis,” the minister told the BBC.

Vice President Mike Pence visited the Korean DMZ last night after denouncing North Korea’s attempted missile launch over the weekend. Pence signaled that the Trump Administration was actively engaged in the situation, saying in an interview that the “era of strategic patience” for dealing with Pyongyang was at an end.