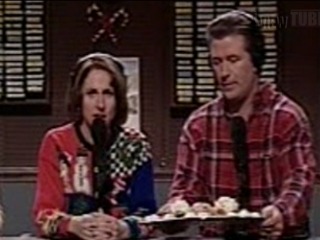 The American Family Association (AFA) is not too happy with ice cream maker Ben & Jerry’s decision to name an ice cream flavor after a TV sketch that serves as a hilarious, if painful, reminder of a time when people used to enjoy and quote Saturday Night Live sketches.

The flavor — Schweddy Balls — is named after a popular SNL bit starring Alec Baldwin as Pete Schweddy, a guest on NPR’s (unfortunately fake) “Delicious Dish” program, where he tells hosts Jo McCullen and Teri Rialto about his inventive new recipe for “Schweddy Balls.” These Balls are a delicious holiday treat for entire family to enjoy. Hypothetically.

While it’s unclear whether the AFA realizes the name’s reference, the group nonetheless sent out an email urging its members (!!!) to write to the company asking that “no additional Schweddy Balls ice cream be distributed” and encouraging them to boycott this particular ice cream flavor.

Towleroad shares a portion of the AFA’s message:

Ben & Jerry’s announced their newest ice cream flavor which sounds anything but appealing. Schweddy Balls is the best they could come up with. The vulgar new flavor has turned something as innocent as ice cream into something repulsive. Not exactly what you want a child asking for at the supermarket.

So. Do you find the name offensive, or does the AFA have its collective mind in the gutter? After all, there’s nothing inherently inappropriate about the word “balls,” or else every little kid chewing on a gumball would be in a heap of trouble.

And, do tell: Is your mouth watering just thinking about these balls? 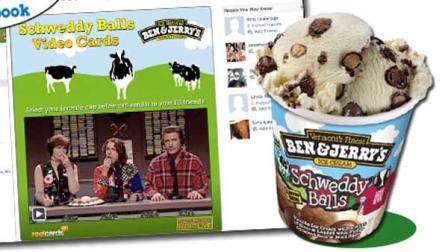