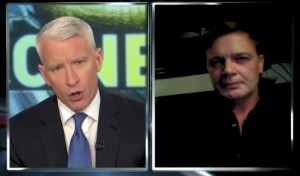 A British study linking autism to childhood vaccines was retracted some time ago, and yesterday it was outed by a British media journal BMJ as an “elaborate fraud” responsible for significant and long-lasting damage to public health. Enter Anderson Cooper and his “Keepin’ Em Honest” segment last night in which he interviewed the doctor responsible for the allegedly fraudulent report, Dr. Andrew Wakefield.

First some background on the story from CNN.com:

An investigation published by the British medical journal BMJ concludes the study’s author, Dr. Andrew Wakefield, misrepresented or altered the medical histories of all 12 of the patients whose cases formed the basis of the 1998 study — and that there was “no doubt” Wakefield was responsible.

“It’s one thing to have a bad study, a study full of error, and for the authors then to admit that they made errors,” Fiona Godlee, BMJ’s editor-in-chief, told CNN. “But in this case, we have a very different picture of what seems to be a deliberate attempt to create an impression that there was a link by falsifying the data.”

Britain stripped Wakefield of his medical license in May. “Meanwhile, the damage to public health continues, fueled by unbalanced media reporting and an ineffective response from government, researchers, journals and the medical profession,” BMJ states in an editorial accompanying the work.

Dr. Wakefield bravely appeared on AC360 last night via Skype, not having read the report that claimed his findings to be fraudulent, which appears to have been an unwise decision given how Mr. Cooper walks him through an incredibly embarrassing chapter in this man’s career.