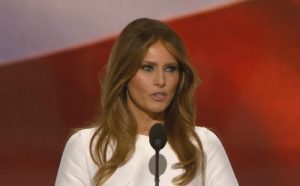 Much of the scuttlebutt around Melania Trump’s much-anticipated speech earlier today was around her ironically decrying cyberbullying. Obviously, Twitter had a field day with that, considering her husband’s social media habits.

However, it also appears that Mrs. Trump called back to another famous speech she gave. As you may recall, Melania got into a whole bunch of hot water this summer when it was discovered that she had lifted whole portions of her at first well-received RNC address from Michelle Obama. Well, this time around, it looks like she stole from another well-known woman.

Melania just plagiarized Trump's second wife Marla Maples. Here's the only Google results for "if you could dream it, you could become it": pic.twitter.com/ALeHuSZqEm

Yair Rosenberg highlighted how another Twitter user — who initially realized Melania lifted the phrase from Marla — knew for certain that Mrs. Trump could only have gotten that phrase from Donald Trump’s second wife.

Medieval literary historian & connoisseur of misquotes @yonibrander explains why Melania mangling the famous quote shows where she got it: pic.twitter.com/xfl5rJo4cC

There was some reaction on Twitter about this second foray into plagiarism for Melania.

Is this really happening again? https://t.co/OwAvNMFMHF

Some even noted that she may have gotten it from Rocky Horror Picture Show, which featured a similar line.

Seem unlikely that this will get the traction that the first plagiarism scandal did, but it will probably be good for a chuckle or two for some.

UPDATED 10:41 AM: Yoni Brander provided Mediaite with a screen image of the Google search he did during Melania Trump’s speech. 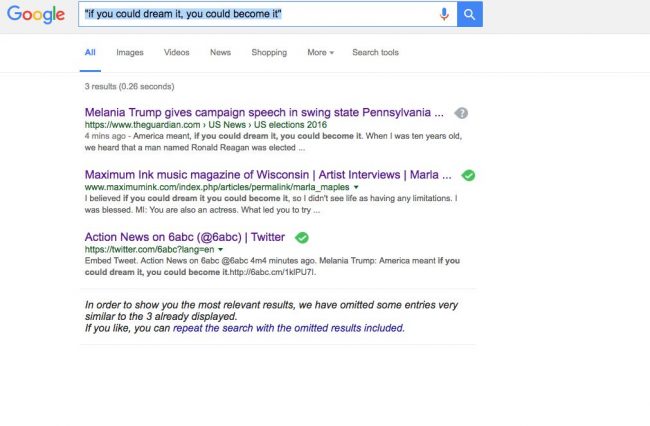