Armchair Fashionistas Had Takes on Melania’s Giant Hat: Like ‘She Has an Entire Birdcage’ Under There

Armchair Fashionistas Had Takes on Melania’s Giant Hat: Like ‘She Has an Entire Birdcage’ Under There 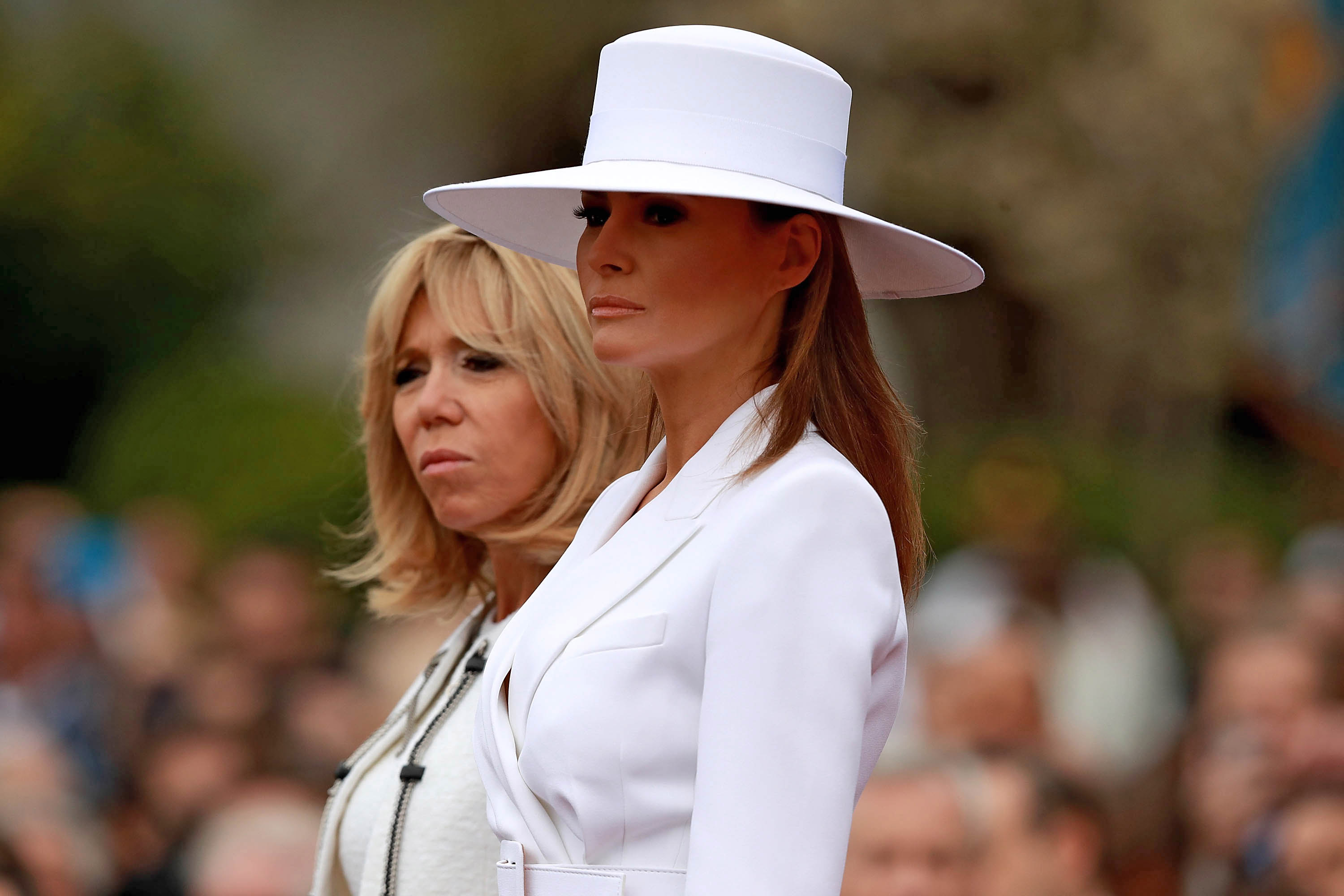 President Donald Trump and Melania Trump officially greeted French President Emmanuel Macron and his wife Brigitte Macron at the White House on Tuesday — and all anyone could talk about was the First Lady’s hat.

Seen in the photo above, talk of the giant hat dominated Twitter during and after the brief White House ceremony — with reaction seemingly split among armchair fashionistas. Here’s a sampling of the chatter:

I’m bipartisan in my praise of First Lady fashion. Melania’s look this morning was so classy. Love the hat, too. https://t.co/Elj1aVWnJu

I feel like she has an entire birdcage under that hat https://t.co/ZVgqDboiaK

We’re one black hat away from Spy vs Spy pic.twitter.com/xQhMbr5u9m

melania is the definition of style goals pic.twitter.com/6tOAF86d47

Hats off to Brigitte Macron, who just managed a flawless French two-cheek kiss under and around Melania Trump’s enormous flat-brim hat. Which is gorgeous.

Melania is rocking that hat.

Can start counting the stories about the hat now. pic.twitter.com/wTwre6pNDn

It was Michael Kors, for those asking. https://t.co/hF21Zq3CQh

Melania throws a spanner in the height order plan with 7 inch heels and an 8 inch hat pic.twitter.com/uBE5V6GoPu

THAT HAT Melania really is killin’ this look.

(Pulls giant cake out from under hat.)

Pretty sure Melania is wearing the same outfit as The Undertaker will during his next @WWE phase pic.twitter.com/lrKdgYoQIe