Art Imitates Life? Alec Baldwin Teases 2020 Run Against the Man He Lampoons on SNL: ‘Beating Trump Would Be So Easy’

Art Imitates Life? Alec Baldwin Teases 2020 Run Against the Man He Lampoons on SNL: ‘Beating Trump Would Be So Easy’ 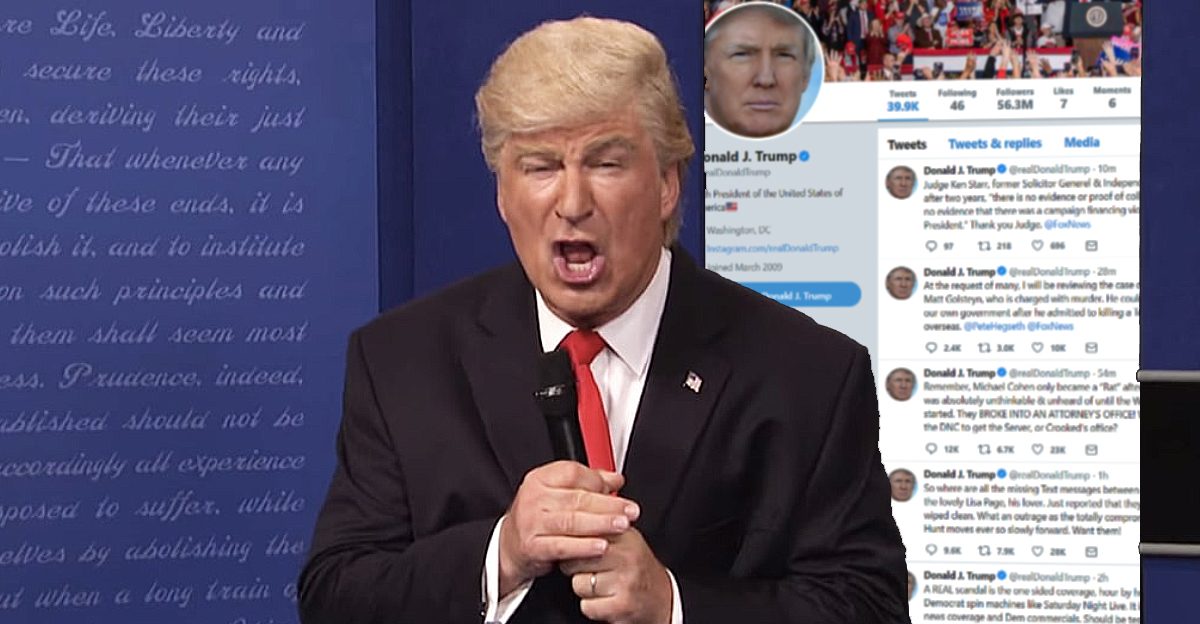 Playing Donald Trump on Saturday Night Live seems like it’s not enough for Alec Baldwin anymore. Now he might want to take the president’s position for himself.

The actor polled his social media followers on Monday to see how they’d feel if he decided to throw his hat into the ring for the 2020 presidential election. Baldwin said he would not ask supporters for money and that defeating Trump would be a simple task.

If I ran for President, would you vote for me?

And I promise I will win.

Beating Trump would be so easy.

Baldwin has gotten under Trump’s skin before, seeing as how often the president rails against SNL and demands that they face some form of legal punishment for lampooning him.