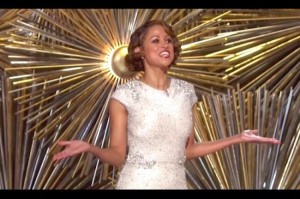 Example: CNN’s Jake Tapper is one of the few hosts out there who checks off the objectivity box. Myopic liberals accuse him of being a secret conservative, myopic conservatives accuse him of kowtowing to liberals. Those with some level of lucidity see Tapper as simply a curious journalist who asks probing questions regardless of political party/alliance of the interviewee. Others who check off this box are Fox’s Chris Wallace and NBC’s Lester Holt.

Another box in the broadcast news business is the hybrid variety. What’s a hybrid? As noted in a previous column, Megyn Kelly (Fox) is a hybrid. Anderson Cooper (CNN) is a hybrid. Chuck Todd (MSNBC) is a hybrid. Hybrids attempt to be fair, tough, and objective like traditional anchors/moderators, but will also share their viewpoint when they deem necessary. Hybrids can wear several hats, but shouldn’t be confused with opinion hosts, who aren’t paid to even resemble traditional anchors and go right to the opinion part instead. So in the end, hybrids check off the Swiss-army knife box: Talent that can play a few different roles (anchoring/moderating/hosting) but offer up opinions as well depending on platform… yet can’t necessarily be placed into a partisan box, thereby broadening their brand to all kinds of audiences.

And then there’s my new one for today: Triggers. These are media figures who automatically trigger a huge, almost unhinged reaction simply by seeing their face or hearing/reading their name: The Palin family are triggers. Glenn Beck is a trigger. President Obama is a trigger. Black Lives Matter are triggers. Despite being slightly overplayed, Donald Trump is a trigger. And joining the list today is one Stacey Dash, who is already giving Fox News back more than enough on its ROI (Return on Investment) because — love or hate her — she’s absolutely a trigger because — at least from this perspective here at Mediaite — she really can draw attention.

Exhibit A was on display last night at the Oscars, as Chris Rock (who absolutely, positively nailed the opening monologue with pitch-perfect perspective and tone) introduced Dash for a quick cameo during an opening monologue watched by at least 40 million people live and millions more in clips going viral on social media. Talk about awkward moments and a joke no one outside the cable news bubble remotely got around her being “the new director of minority outreach”… here’s the video below, along with the transcript:

Rock: ‘The Academy has taken steps to fix this problem (of lacking diversity). That is why it is my honor to introduce the new director of our minority outreach program. ‘Please welcome, Miss Stacey Dash!’

Dash (giggling): ‘I cannot wait to help my people out! Happy Black History month! Thank you.’

To get the joke, you would need to know the 50-year-old Dash (yup, 50) has stated on several occasions that Black History Month and the BET (Black Entertainment Television) awards only encourage segregation. Dash — who voted for Mr. Obama in 2008 before going for Mitt Romney in ’12, which created enormous backlash from the usual tolerant and open-minded suspects — explained her decision to agree to appear at the Oscar’s in an unapologetic statement afterward, which notably included:

“I spoke out against Black History Month. ( Why should there be such a thing? Haven’t we had more than just one month’s worth of accomplishments? My thoughts HERE.) Plus, I spoke out against the #OscarsSoWhite controversy HERE. My take? We need to stop complaining about white people oppressing us, we shouldn’t boycott the Oscars, and we need to support Chris Rock the host.

Which brings me to the joke. When they added ME to increase the diversity, I’m sure many black people rolled their eyes. I’m not “black enough,” they say. But guess what? I’ve heard that all my life. I would rather be a free thinking, black than a cookie cutter black who thinks – and votes – just like all my friends.

Yes, I’m the actress from the South Bronx who has always dreamed of winning an Oscar. But God has a great sense of humor and this is my first encounter with one of my dreams of destiny. Bringing diversity to Hollywood… not merely because of color, but politics as well. (After all, different colors of skin is an easy kind of diversity. Ideological diversity is much harder, because it forces everyone to come face to face with actual beliefs. Hollywood needs BOTH.)
Anyway, this is a first. A beginning.

Twitter’s reaction was about what one would expect in the swamp:

The problem is that this gives Stacey Dash completely undeserved relevancy. Chile would never have made it on an Oscars stage otherwise.

Yes, Dash’s cameo was awkward. At the time, it appeared to fall flat for the reason mentioned above (not many outside the bubble being privy to her perspective on Black History Month). But feel free to Google Dash’s name today. The appearance is getting major play. Many outlets are incensed Dash was even allowed in the building, let alone during one of the biggest moments of the night during Rock’s long-anticipated monologue. But ponder this: how many other cable news contributors have been invited to participate in an Oscar monologue in the history of the show? You can count the number on one finger.

Dash isn’t the most eloquent pundit on Fox. Not remotely the most polished nor tactful. I even called for her suspension once (for using an expletive on the air in describing the actions of a sitting president; Fox did in fact suspend her for two weeks). She also isn’t the most visible on the network, rotating into FNC’s Outnumbered couch panel show periodically and making a few guest appearances on other shows here and there.

But her unpolished candor on African-American issues full of unrepentant, remorseless passion, is refreshing and a break from the usual narrative regardless of whether you agree with her or not. And as we’re learning, Donald Trump and Bernie Sanders have proven that many Americans have little time for BS, for political correctness or risk-averse speech. Dash checks off the same box.

A trigger isn’t an easy thing to be. That person is almost always embroiled in controversy and a target of hate on social media. It also means being unique and breaking from conformity.

But that’s just who Stacey Dash is… a trigger worth every penny Fox is paying her.