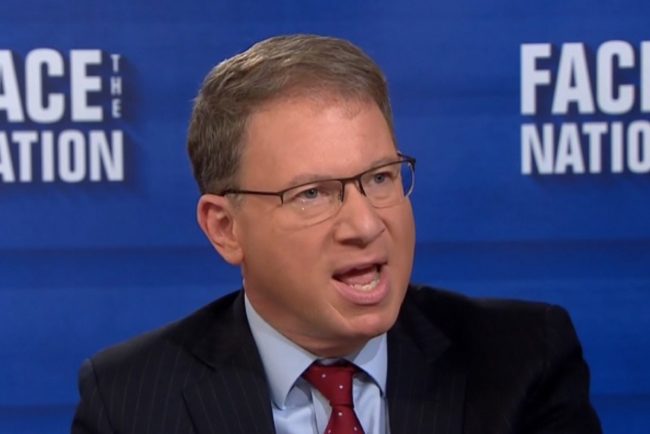 Jeffrey Goldberg joined CNN’s David Axelrod for his latest podcast on The Axe Files, and The Atlantic‘s editor-in-chief offered a word to the wise for people covering President Trump‘s feud with the political press.

Though the podcast was recorded before the White House blocked several media outlets from attending a press gaggle last week, Goldberg and Axelrod talked about the relationship between Trump and the press growing more and more toxic. Goldberg said that even if Trump keeps up his hostility towards the media, reporters should maintain “journalistic composure” and not allow themselves to get worked up or be distracted from the pursuit of facts and truth.

Goldberg and Axelrod went on talk about the questionable aspects of the Trump administration’s policy as the president continues to denounce the press as “fake news” on a regular basis. Goldberg was particularly concerned that Trump’s incendiary rhetoric and compulsive decision-making could eventually lead to a serious international incident.