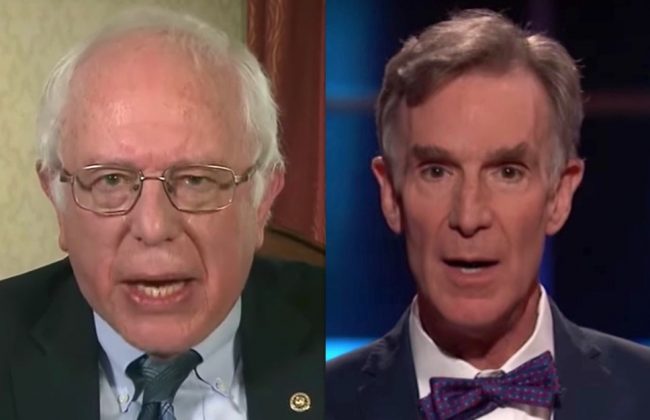 Bernie Sanders is not going away.

The junior Senator from Vermont and former presidential candidate announced Sunday that he was gearing up for a discussion with television scientist Bill Nye on climate change. The conversation will be streamed over Facebook Live at 10:30 a.m. EST.

Join me and Bill Nye at 10:30 a.m. ET tomorrow on Facebook Live for a conversation on climate change. https://t.co/TIdQMUk3ML pic.twitter.com/QjISPqoj50

“We may have a climate denier in the White House and plenty more in the cabinet and Congress. But that does not mean we cannot make progress to create jobs as we transform our energy system away from fossil fuels,” Sanders wrote in a Facebook post. “We must move to protect our planet for future generations by transforming our energy system and in the process create good-paying jobs for millions of Americans.”

President Trump has voiced public skepticism about climate change, once calling it a plan by the Chinese to “make U.S. manufacturing non-competitive.”