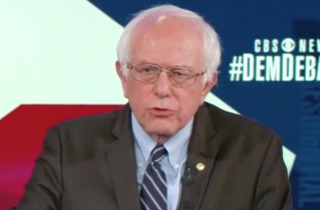 The Bernie Sanders campaign has filed a lawsuit against the DNC for blocking their access to all voter data. The DNC took that extreme measure after it was discovered that at least one staffer for the Sanders camp improperly accessed Hillary Clinton‘s voter data.

The lawsuit––posted to Sanders’ website––touts how the campaign raised millions in the span of three days thanks to that kind of voter data. They claim they only saw Clinton’s data because of a bug in the system and the DNC shut off their access without any advanced notice.

And this is a problem for them because “the loss of DNC support could significantly disadvantage, if not cripple, a Democratic candidate’s campaign for public office.” The Sanders campaign claims the “financial damage” is about $600,000 per day.

This is what they’re after:

A. Mandating Defendant’s specific performance of the Parties’ Agreement, and Defendant’s immediate restoration of Plaintiff’s access to the Voter Data system;

B. On the second and third causes of action, for damages in an amount determined to be at trial, but presently known to exceed $75,000.00; and

C. For such other, further and different relief as the Court deems just and proper.

A Hillary Clinton spokesman made their camp’s position clear earlier:

If you are so proud of your grassroots organization, you should not need to resort to stealing campaign data.

You can read the lawsuit here [PDF].