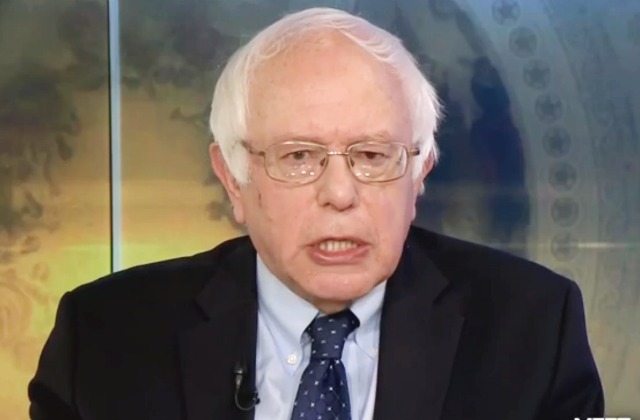 Sen. Bernie Sanders (I-VT) congratulated Tom Perez for becoming the new head of the Democratic National Committee (DNC), although he also cautioned the former Labor Secretary about his new responsibility to the party and the country at large.

Sanders backed Keith Ellison during the DNC’s vote for a new chairman, though Perez defeated the Minnesota Congressman 235 votes to 200. Perez named Ellison as his deputy when he accepted the job, and Ellison encouraged his supporters to get behind the new DNC leadership.

Sanders joined the calls for party unity, although he implored Perez to not settle for the status quo and stick to the establishment politics of the past.

I congratulate Tom Perez on his election as chairman of the Democratic National Committee and look forward to working with him.

It’s imperative Tom understands that the same-old, same-old isn’t working and that we must bring in working and young people in a new way.

The Democratic Party must make clear it will stand up to the 1% and lead in the fight for social, racial, economic and environmental justice

As for Sanders’s 2016 rival, Hillary Clinton, she and former president Bill Clinton also had messages for the new chairman.

Congrats to @DNC chair @TomPerez & deputy @keithellison. Excited for strong, unified party standing for best of our country into the future.