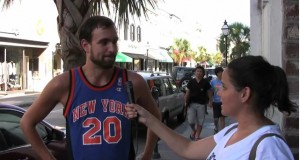 South Carolina Forward Progress, a group whose self-defined mission is to “turn back the tide of extremist politics in South Carolina,” often posts comical videos about people and policies making the news. One such video features Betsy, a bright-eyed young woman who loves Sarah Palin. In fact, Palin’s Constitution-covered bus routinely rolls through Betsy’s dreams, filling her heart with hope and song. Elated over news that Palin would be rolling through South Carolina while on her tour, Betsy took it to the streets of Charleston to see how others felt.

Watching the video (and noting the name of the group that uploaded it), it becomes immediately apparent that Betsy is merely a character and that the video is meant to be a joke highlighting apathetic or downright negative reactions to the possibility of a Palin presidential run. Someone might want to let the internet in on that, though. Judging from comments left by viewers, many people are having trouble deciphering between what’s genuine and what is satirical, and the intent and motivation behind both. 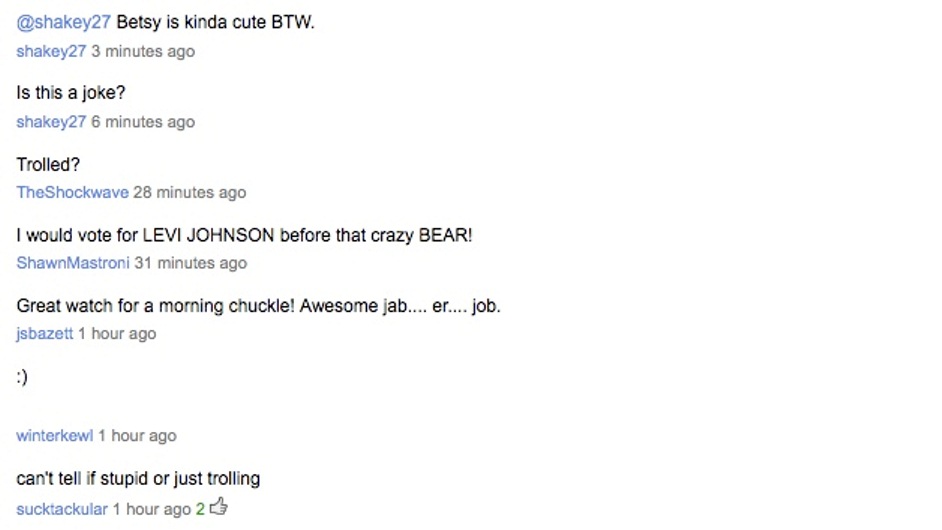 And here’s some of the reaction on BuzzFeed and Facebook: 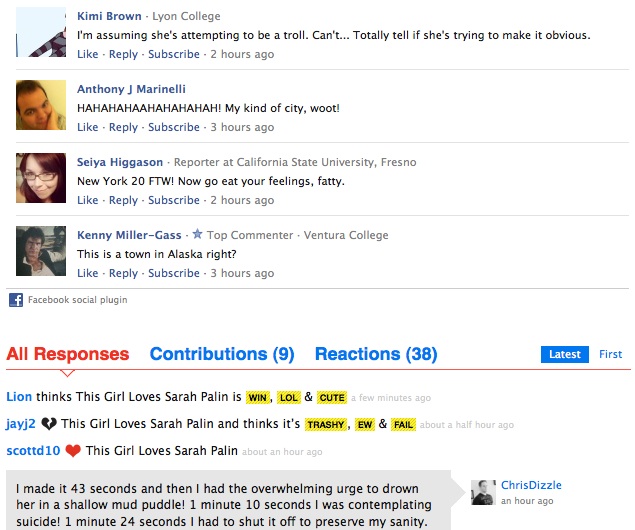 First of all, haters most jealous, the young woman playing Betsy is the human equivalent of this little bunny eating cookies, so the disparaging comment about the way she looks is nothing short of silly. Also: Insulting “Betsy” not only makes the person hurling the insult seem moderately unintelligent (Seriously? You couldn’t tell this wasn’t real?), but reflects badly on her political convictions because, like. How much of what you believe is a knee jerk reaction to something you don’t like?

Second: When will people realize that there’s a marked difference between poking fun at an attitude or a public persona and being downright insulting? Stop projecting your insecurities, citizens of the internet! Jeez! Critique without attacking. Satirize without insulting. And approach things you find online with a healthy mixture of openness and skepticism.