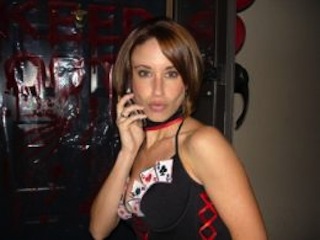 Well, I hope everyone enjoyed their time watching some guy get sentenced to four years in jail this afternoon (it only took the judge three of those years to explain the ruling!). Now it’s time to get back to things that really matter. Namely, looking over stats to find out what really matters. That’s what the folks over at Bing have done. They’ve compiled a list of the most popular searches of the past year and separated them into categories like “Most Searched TV Show” and “Most Searched Celebrity.” And, guess what? You’re totally going to be shocked about what the “Most Searched News Story” was!

Actually, let me correct that. If you just wasted your entire morning watching people talk about Michael Jackson’s doctor, you probably won’t be that shocked.

That’s right, America! The number one story that you talked about, blogged about, and searched for (unless, let’s be honest, you use Google) was…drum roll please…the Casey Anthony trial!

And why shouldn’t it be? Sure, the tragic death of Caylee Anthony was a crime that really only affected one small family and had absolutely no relation or bearing on any of our lives, but it’s still a horrific crime and one where the lead suspect had the absolute gall to be a sexy lady! Why wouldn’t Americans want to come home after a long day at work (or, let’s be honest, desperately looking for work) and immerse themselves in a Law and Order episode that never ends? Do you know how many times we as a nation got to hear detailed descriptions of Caylee’s corpse? How could that not be fun?

Yes, there were some other big news stories this year but none of them have the mass appeal of Casey Anthony and her wacky misadventures. There’s the Republican presidential candidates to read about but, hey, there are so many of those guys. It’s hard to focus. There was the massive destruction and loss of life caused by an earthquake in Japan but, good Lord, Japan is so far away! The devastating tornado in Missouri was closer to home but, unlike Casey, none of the Joplin residents were smart enough to take pictures wearing sexy Halloween costumes. And, even if they were, the pictures were probably destroyed in the tornado. Just like their homes!

This is what we like and we should thank the media for giving it to us. Hooray for us! We are-

Ok, I can’t do this anymore. All this year I’ve been writing post after post complaining about people’s weird obsession with this trashy, nonsense story. I make my self-righteous jokes and publish the piece and smile, feeling all superior and elitist. But I never really do anything about it. That is, until now. This Bing thing is the last straw. You want to know what my next search is? A search for plane tickets so I can get out of here! I’m going to go some place sophisticated and intelligent where people actually give a crap about stories that really matter. Maybe I’ll go to Europe!